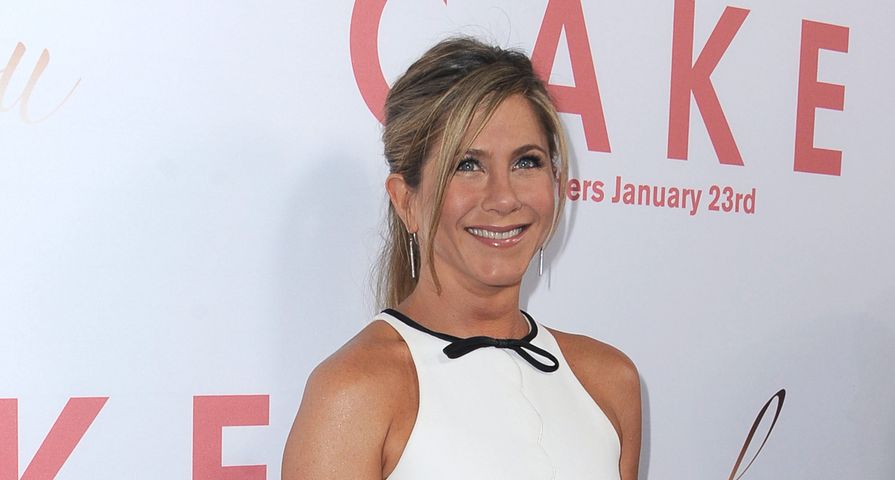 Jennifer Aniston, 45, has been in the Hollywood spotlight for awhile and, although she is consistently acting, she is often criticized for her roles, especially when she was churning out endless romantic comedies such as The Bounty Hunter and The Break-Up.

For her most recent role in the drama Cake however, the actress is being praised and was even nominated for a Golden Globe and a Critics’ Choice Award, making it fairly shocking when she and the film were snubbed when the nominees for the 2015 Oscars were announced last week.

On Monday January 19, Aniston appeared on the Ellen DeGeneres Show, looking stunning, as always, and discussed the snub with an unrelenting positive attitude.

“I’m the number one snubbed! That’s the silver lining, right?” she told Ellen but continued on with, “It hasn’t even come out. That’s the crazy thing! We’re so shocked and amazed that we have had this much love for a movie that hasn’t even been released yet.”

She also discussed how her role as a character who is afflicted by chronic pain has affected fans. “What’s been so incredible is the amount of people that have come out to me who are suffering with chronic pain in this same situation. It’s unbelievable how much positivity it’s bringing to those who are kind of silently suffering. It’s a beautiful, hopeful movie.”

Aniston, of course, also addressed her now infamous booty grab of friend and fellow actress Kate Hudson on the red carpet before the Golden Globes. “Well, my gosh, look at that ass. It’s such an irresistible tush,” she joked.