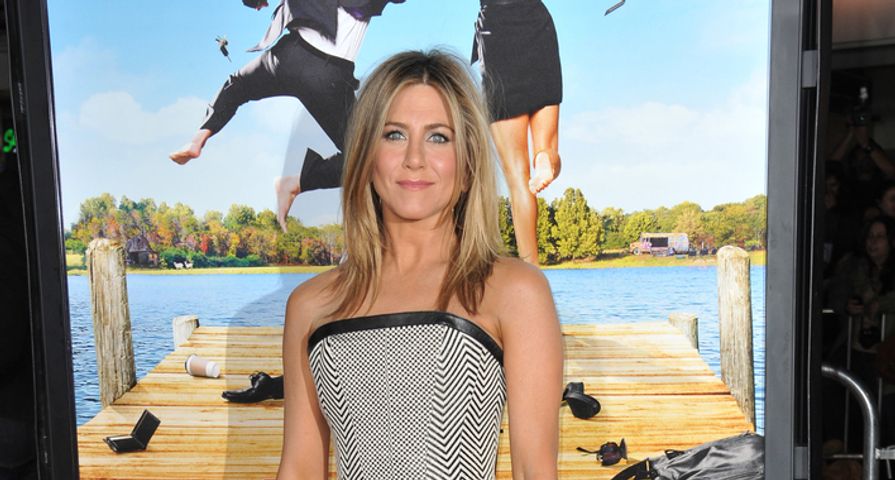 As one of the entertainment industry’s biggest actresses, Jennifer Aniston, 45, is used to having her name and picture plastered all over tabloids and has been at the center of several rumor mills.

Through it all however, she has been able to keep her life very private and in a recent interview with The New York Times, she revealed something very surprising about her past.

When speaking about her current relationship with fiancé Justin Theroux, Aniston revealed a story about her “first love” which was long before her marriage to Brad Pitt.

She discussed her unnamed ex stating, “He was my first love — five years we were together. He would have been the one. But I was 25, and I was stupid. He must have sent me Justin to make up for it all,” referring to the fact that her first love died awhile later of a brain tumor.

While Aniston has had a troubled love life including the loss of her ex-boyfriend and her highly publicized divorce from Pitt, she has held her head high and is now completely enamoured with Theroux, who went all out for her engagement ring.

“It’s a rock, I know. He rocked it up. It took me awhile to get used to it. I’m not a diamond girl,” she stated off the sparkling piece of jewelry.

Aniston is currently busy promoting her newest film Cake which has quickly propelled her to the front of anticipated winners for the upcoming awards season.