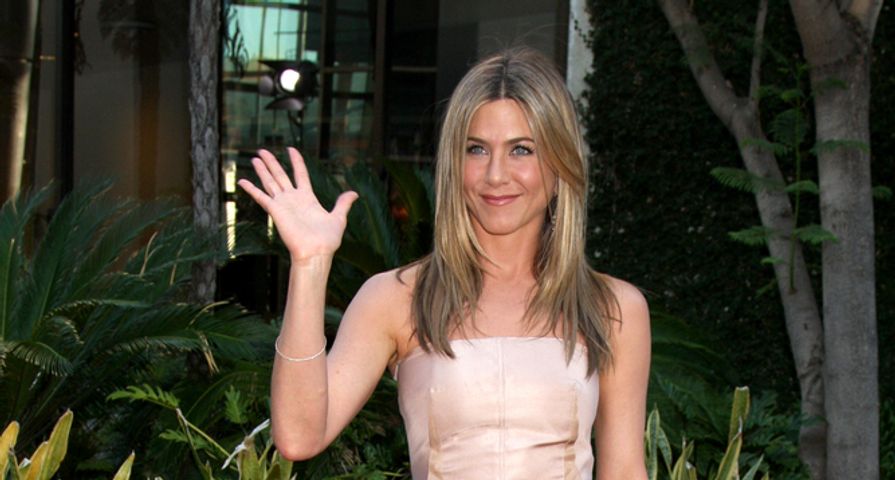 Actress Jennifer Aniston, 45, has been engaged to fiancé Justin Theroux  for over two years now and the longer the engagement goes on the more Aniston faces rumors of relationship trouble and possible break-up.

Lately however, Aniston and Theroux have been spotted together looking more in love than ever and the actress has been gushing about her wonderful fiancé making many wonder just when are they going to tie the knot?

It is not only fans who are kept in the dark about the wedding plans, it is Aniston and Theroux’s friends as well, including Ellen DeGeneres who asked her friend and guest, Aniston, about it while she appeared on The Ellen DeGeneres Show.

Ellen told Jenn that as a talk show host she has to ask these questions and as a friend stated, “I know that I’ll know when the wedding is, but sometimes, because it is so secretive, when we’re invited [to things] we’re like, ‘I’m not in town…but should we be in town?'”

Aniston said that many of her friends have thought the same thing and have come over to parties and gatherings expecting a surprise wedding.

“Our friends Sacha [Baron Cohen] and Isla [Fisher] showed up for four little gatherings about a year ago, in beautiful wedding wear. Even for the Fourth of July last year, Sacha was in a powder blue suit, and Isla was in a little cute dress and were like, ‘Guys, it’s Fourth of July, we were in cutoffs, eating hot dogs. We will actually let you know!”

With Thanksgiving coming up, Aniston says the same thing is happening all over again but reassured Ellen that her friends will know when they are coming to a wedding and not just a gathering.

While she cleared up the secrecy, she also did not let on about how soon a wedding might be, keeping fans and friends guessing awhile longer.