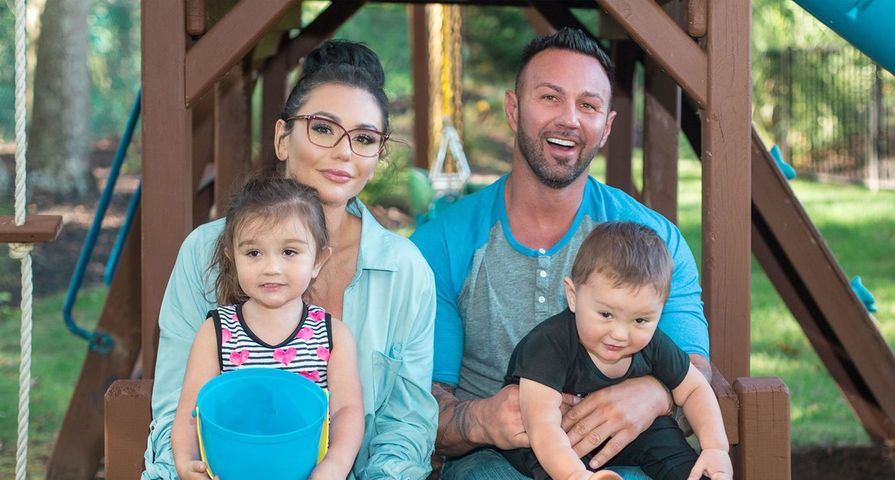 Only hours after Farley’s divorce filing, Mathews took to his Instagram to say he is “not done fighting” for his marriage.

“My wife filed for divorce, it’s true,” he said in an emotional video Thursday. “I don’t blame her. There’s no cheating or any dumb s— or any juicy details. She just grew tired of the repetitive pattern that we fell into… and [it was] not a good one.”

Mathews, 43, then went on to tell his followers — some of whom he said were “bloodthirsty bastards that have to know what’s going on” — of his plan to “win back” the Jersey Shore star, 32. “Here’s what’s also true: I’m not done fighting,” he said. “I’m gonna win my wife back; I’m gonna win her affection back; I’m gonna win her love back. I have no intentions of being a single dad.”

Mathews went on to add, “we’re in counseling so there is hope. It ain’t over till the fat lady sings.”

The emotional video was captioned: “Praying for a better tomorrow. Sorry world, I’m taking a day off from praying for you today and I’m just gonna pray for my family. Hope springs eternal.”

On Thursday, September 27, it was revealed that Farley had filed for divorce on September 12, 2018 citing “irreconcilable differences.”

“The Plaintiff and the Defendant have irreconcilable differences which have caused the breakdown of the marriage for a period of at least six months which make it appear that the marriage should be dissolved and that there is no prospect of reconciliation,” Farley’s complaint stated.