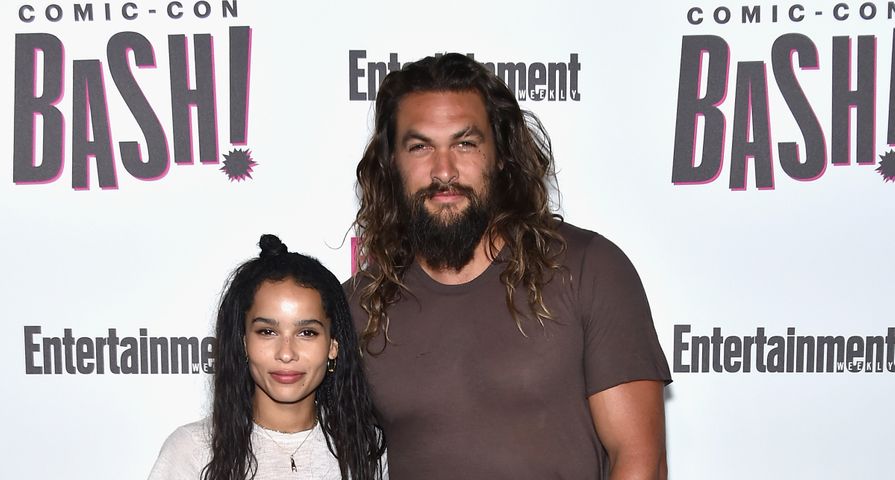 The actor took to his Instagram earlier in the week to celebrate after his stepdaughter, Zoe Kravitz, 30, was revealed to have been cast as Catwoman in Matt Reeves’ upcoming Batman movie.

“I’m so proud of u zozo bear. On and off screen OHANA. DC WB ohana Lola and Wolfies big sister is CAT WOMAN,” Momoa shared alongside a photo of the two.

He continued, “Unbelievable so freaking stoked. Your going to have so much fun Aloha P bear.”

Kravitz commented back on the post with, “LOVE YOU PAPABEAR! love that aquaman and catwomen spend the holidays together from now on.”

Although Momoa is only 10 years older than Kravitz, he became her stepdad after he began a relationship with Zoe’s mother, actress Lisa Bonet, who had Zoe with ex-husband Lenny Kravitz.

Momoa and Bonet began dating in 2005 and two years later welcomed their first child, daughter Lola. In 2007 the pair were “married” but it wasn’t until 2017 that they revealed it wasn’t a legal ceremony and officially married in October 2017. In 2008, they welcomed their second child, son Nakoa-Wolf.

Ever since their relationship began, Momoa has had a great relationship with Lisa Bonet’s ex and Zoe’s father, Lenny Kravitz. “It makes things so easy that my parents are still very close, they have so much love for each other,” Zoe Kravitz said in an interview. “My dad and my step-dad get along really well, and my dad loves and is close with my brother and sister. It’s really beautiful. As long as everyone can be in the same room together, and have love for each other, it’s totally healthy.”

I’m so proud of u zozo bear. On and off screen OHANA. DC WB ohana Lola and Wolfies big sister is CAT WOMAN😍😍😍 Unbelievable so freaking stoked. Your going to have so much fun Aloha P bear