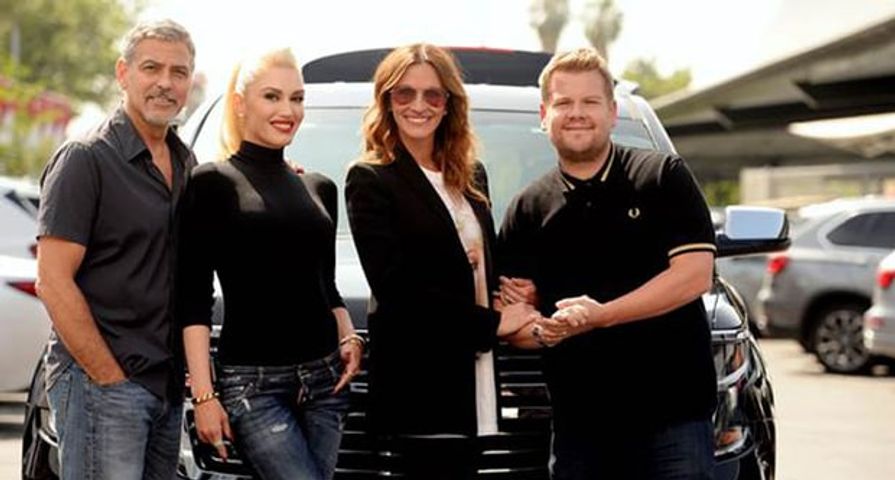 Fans love his entertaining and hilarious karaoke segments with music’s biggest stars, but no one knew what they were in for on the most recent segment featuring Gwen Stefani. Corden and Stefani go through the usual carpool karaoke quips before belting out some of her hits including “Don’t Speak,” and “Used to Love You” and after discussing some anti-ageing tips, things got very interesting.

The pair encountered a problem when they came upon a HOV4 section of highway that required four passengers and it quickly became a super star-studded version of Carpool Karaoke. “This guy’s got nothing to do,” Corden said as he called up none other than George Clooney, and when Clooney got in the car, the pair argued over the fact he told Clooney he specifically needed two more people, so Clooney then called up Julia Roberts! Once everyone was buckled in and safe, the whole crew of celebrities took off and there is absolutely nothing more priceless than George Clooney belting along to Stefani’s smash hit, “Hollaback Girl.”