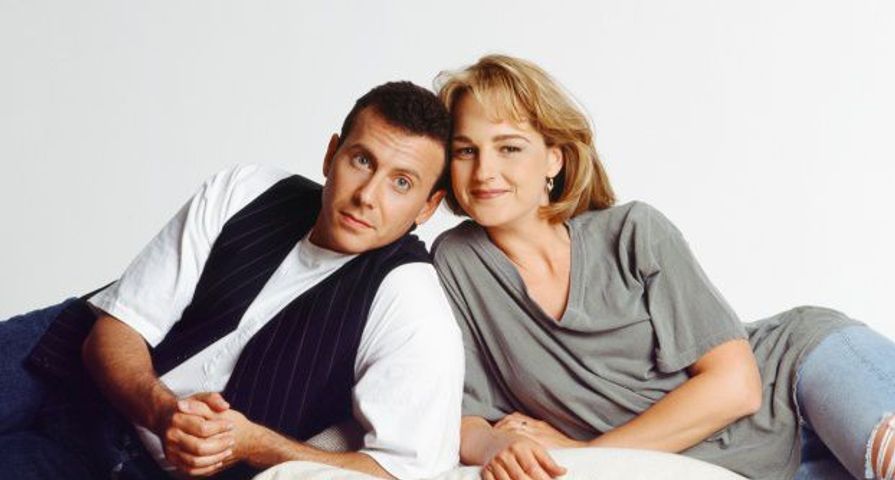 Amid the reboot and revival and craze it seems we are one step closer to having Mad About You back on TV with the original stars!

According to Entertainment Weekly, Helen Hunt and Paul Reiser have signed deals with Sony Pictures Television to reprise their roles from the popular sitcom which ran for seven season from 1992-1999. According to the outlet, the series’ co-creator Danny Jacobson has also signed on to return after “months of negotiations.”

Since the revival is still in the early stages, details are scarce and for right now there is no guarantee that when the show returns it would again be airing on NBC, although the network has had success with its revival of Will & Grace.

When discussing the possibility of a reboot or revival, series star Paul Reiser expressed his concern that the series finale’s time jump already answered those questions for fans. . “One of the things we did deliberately in the finale was that we jumped ahead in the future. We saw where they went,” Reiser told Variety. “Part of why we did that was to avoid the temptation of going back…When you watch a reunion (show), all you do is say ‘Wow do they look older.’”

Of course, one thing audiences have learned from both the Will & Grace and Roseanne revival is that finale’s can be easily ignored and events changed to cater towards a revival.

As for Hunt, she couldn’t be more excited about the possibility of her show’s return. “The dream is to get to do it,” Hunt told People. “I’ve been watching Will & Grace and laughing so hard out loud. They’re just crushing it. I have remained very, very close friends with Paul. Reboot or no reboot, we have lunch once a month. We really enjoy and care for each other. It was a very loving piece of work. We loved it. It would be fun to work on something that’s really about love.” Hunt also noted the show will look rather different given the passage of time — she’s now 54, and Reiser is 62. “We’ll be older though,” she added. “I hope people are prepared for that. I’m not prepared for it!”