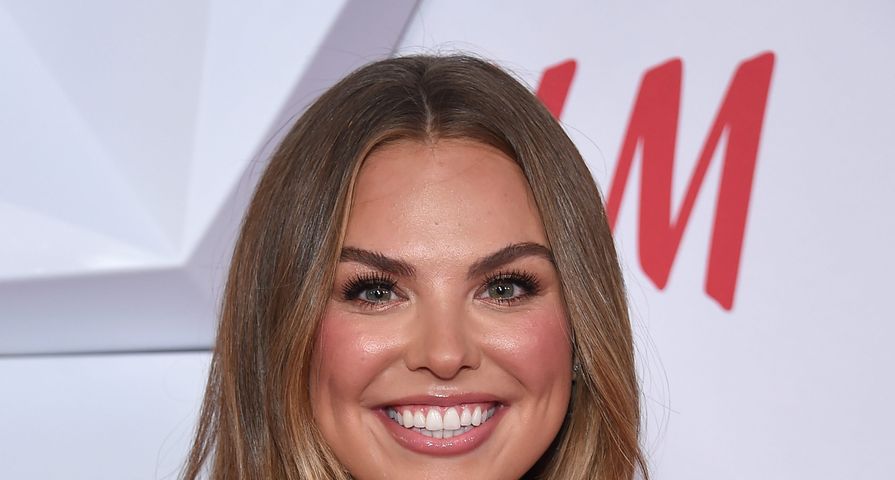 On Monday’s episode of Dancing with the Stars, a behind-the-scenes segment highlighted the rigorous practice routines between Hannah Brown and her pro Alan Bersten, as they were being coached by judge Carrie Ann Inaba.

In the segment Brown was obviously very upset over Carrie Ann Inaba’s criticism and seemed very dismissive of Inaba trying to help the pair. Brown later opened up about her emotions and her encounter with the judge.

“I’m with Alan every day,” Brown explained to reporters after Monday’s show. “He knows what things will upset me what things won’t. I was already at that point. It was just a human moment and somebody else was there and I couldn’t explain it.”

Inaba sat in on the dance rehearsals to mentor Brown with her rumba redemption dance, where she critiqued Brown’s hip movements all throughout the practice routine. Brown then appeared to be disappointed with herself, the judge stepped in to comfort her but Brown pushed her away.

“I don’t want to be touched,” she told Inaba, after she explained how she felt frustrated by the feedback she has received so far on the show.

Inaba started to get emotional herself, who then apologized and admitted that it made her “sad” to see Brown in a distressed state. “I’m sorry because that’s not what we’re here for,” the judge said. “My job is to help you.”

Brown and Bersten were able to master their rumba routine and earned 27 out of 30 points from the judges. She also apologized to Inaba about her attitude during rehearsals.

“I just want to say I am so sorry if it seemed like I was dismissive of you trying to help me,” Brown said. “I had a really hard day that day and it was really emotional trying to learn my contemporary, and I didn’t handle my emotions very well and I know you’re trying to help me.”

After the show, Brown revealed to reporters that she had opened up to her pro partner during their training sessions about becoming vulnerable with each other so they could use that energy to put on a powerful performance.

“Vulnerability is hard in that way,” Brown told reporters on Monday. “I’ve been very vulnerable on these shows that I’ve been on, but to have [Bersten] ask some of the questions that he did and to explain and go into the dance about it — it was emotionally draining. It really was.”

“There are some times where being on the shows are great,” she added. “Sometimes it’s hard, when it’s just like, ‘the show must go on,’ and there’s a TV show that’s being done.”

Brown also shared with reporters that she learned more about Inaba and understands that the judges want to see her at her best.

“I mean, they are judges and they’re the ones that get to critique,” she said. “But that she wanted to know where I was coming from, and I think, like, resonated with that even though, you know, it was probably a very different situation that she was used to when she comes in.”

“A lot of this for me is just, some of the things that she’s pointed out, I’ve even agreed that I felt were more personal and that kind of hurt a little bit more,” Brown added. “But she’s right, and … sometimes it’s hard to have somebody do that when you’re not ready. I feel like this dance allowed me to just put that all out there. I am just glad that she received that. We were able to just have that moment.”

The Dancing With the Stars season 28 finale will air live on November 25.