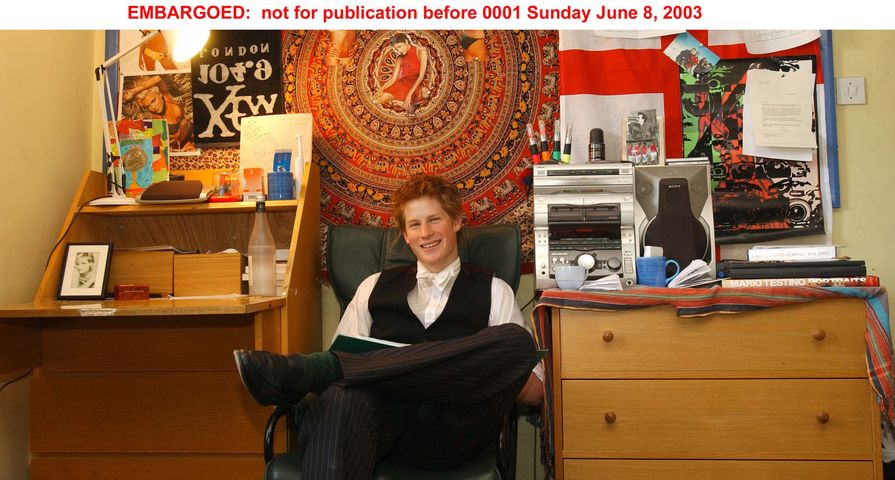 It seems everyone has a celebrity crush — even the royals!

While it is clear Prince Harry likes actresses, since he just married former Suits star Meghan Markle, it seems in his youth he had a crush on a different actress, Halle Berry.

In a throwback picture, the young royal is seen smiling in his Eton College dorm room and the focal point of the room is a tapestry with a photo of Berry at the center. After discovering the photo, the gorgeous actress took to Twitter to tease the now 33-year-old royal.

“Ok #PrinceHarry, I see you,” she captioned a photo of Prince Harry in his college room alongside a zoomed in photo of the tapestry.

Also featured in the room is a black-and-white portrait of Prince Harry’s late mother Princess Diana who passed away in a car accident when he was 12 years old, as well as regular dorm room essentials including photography books, a collection of teacups and an electric toothbrush.

The young royal finished his education at Eton in June 2003 with two A-Levels, and also excelled in sports during his time at the college where he paled polo and rugby union. Following his time at college, Prince Harry took a gap year during which he travelled to Australia and Lesotho, where he began his work with orphan children which has continued to be a cause close to his heart as he has grown up and taken on more royal responsibilities. 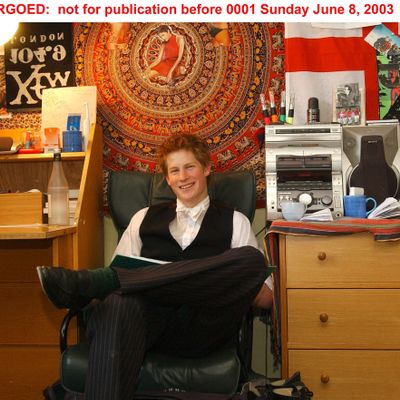