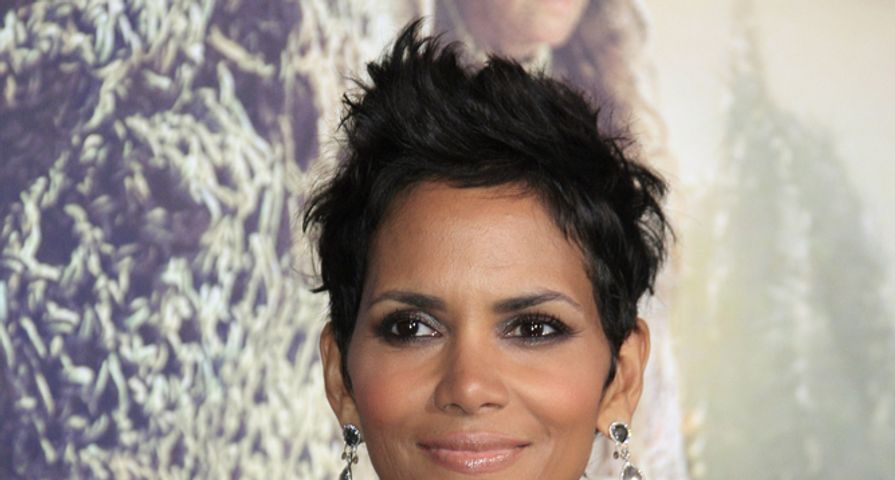 Halle Berry is one hot mama!

Just four  months after giving birth to her second child, the 47 year-old hit the red carpet for Mexico’s Acapulco Film Festival, where she accepted the fete’s Silver Jaguar Award.

She wore a simple black All Saints dress with silver fringe sides and a low scoop neck, pairing it with small earrings, high, strappy black sandals and her adorable swooped pixie cut. Check out the video to see her amazing post-baby look!

In October, Halle gave birth to her son Maceo, her child with husband Olivier Martinez, whom she married in July. Halle also has a 5 year-old daughter, Nahla, from a previous relationship.

“I feel really happy,” Halle said in an interview about having children at her age. “It’s one of the best things that happened in my life, for sure.” She’s also referred to her second pregnancy as “the biggest surprise in my life,” since she thought she was past the point of having kids.

Halle has also signed on to star in the upcoming CBS show Extant, which is scheduled to premiere in July. She’ll play an astronaut who has come back to earth and finds it difficult adjusting to life here after being out in space.

Also Check Out: The 30 Hottest Moms in Hollywood!