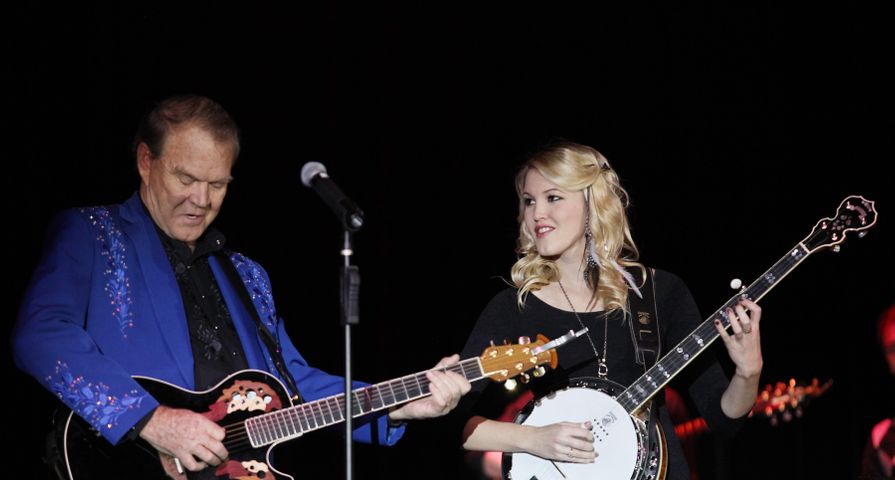 Ashley Campbell, daughter of the recently passed legendary musician Glen Campbell, has shared a touching tribute to her father on Instagram.

“Heartbroken. I owe him everything I am, and everything I ever will be,” Ashley posted. “He will be remembered so well and with so much love.” The photo featured a heartfelt image of herself holding hands with her father. She shared the photo shortly after news broke of Campbell’s passing, which came following his diagnosis with Alzheimer’s disease in 2011.

Ashley followed her father’s path and set off on her own career as a country singer-songwriter. Glen Campbell had over 20 hits in the U.S. Top 40 list and released 25 Top 10 singles on country hit lists. His breakthrough song, however, came in 1967 with the debut of Gentle on my Mind, which was later followed by another hit in 1968 entitled Wichita Lineman.

“It is with the heaviest of hearts that we announce the passing of our beloved husband, father, grandfather, and legendary singer and guitarist, Glen Travis Campbell,” a statement read announcing his passing. “Glen is survived by his wife, Kim Campbell of Nashville; their three children, Cal, Shannon and Ashley; his children from previous marriages, Debby, Kelli, Travis, Kane, and Dillon; 10 grandchildren, great- and great-great-grandchildren; sisters Barbara, Sandra, and Jane; and brothers John Wallace ‘Shorty’ and Gerald.”

Heartbroken. I owe him everything I am, and everything I ever will be. He will be remembered so well and with so much love.