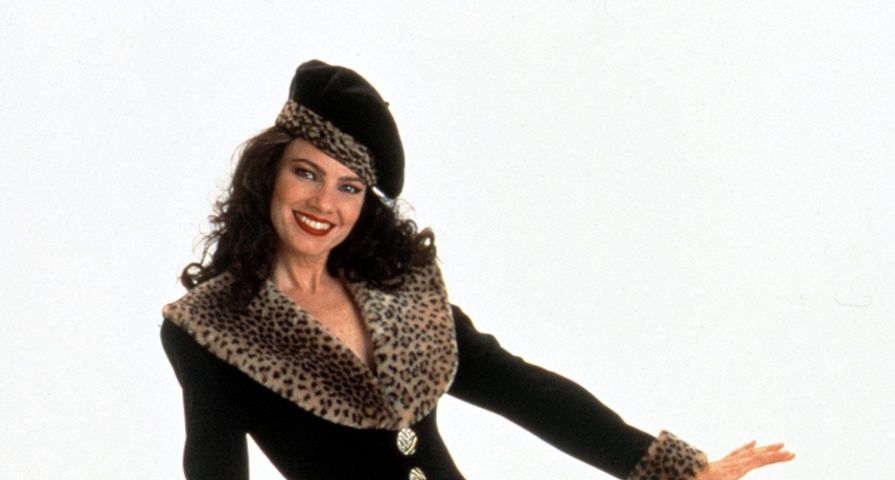 With all of the reboots and revivals hitting TV screens lately, Fran Drescher said she is more than ready for a reboot of her popular ’90s sitcom The Nanny, and has some interesting choices for who she thinks should join the show!

The 61-year-old spoke with PeopleTV’s Chatter earlier this week about a potential reboot, saying, “I’m totally down with doing it. I don’t know what is going on with some of these networks out there because they do not seem to be hip to the fact that there’s an obsession amongst millennials for the show and moi!”

Drescher then revealed who she thinks should play her daughter if there were to be a reboot. “I wanna do a sitcom with Cardi B,” Drescher said. “Wouldn’t she be great as my daughter?”

The actress said she thought of the rapper because back in September, Cardi B stepped out for Milan’s Fashion Week wearing a complete cheetah ensemble and captioned the photo, “Fran Drescher in @dolcegabbana.”

“I was so flattered,” Drescher said of Cardi’s outfit. “I just thought she paid homage to me wearing animal print and said ‘Fran Drescher.’”

“And then I got my juices flowing and thought, ‘Wait a minute, she’s from New York, we both have funny voices, she could be my daughter!’” Drescher continued, noting that her character’s daughter would not have her on-screen love Maxwell Sheffield as a father.

“Not from me and Mr. Sheffield, I would have to have a man of color. I’m down with the brothers,” Drescher added.

While no plans for a Nanny reboot have been announced, back in June Drescher revealed that she and her ex-husband/The Nanny‘s co-creator Peter Marc Jacob were working on something big. “We’re talking about it. Peter and I are talking about it,” Drescher said in June. “We’re working on a very big project. It’s going to be very exciting for the fans, but I’m not at liberty to announce it yet. But it’s gonna be big.”

The Nanny premiered on CBS in 1993 and ran for six seasons before its finale in 1999. The show followed Drescher as “Fran Fine,” a failed bridal shop worker turned makeup saleswoman from Flushing, Queens, who finds herself the nanny to British Broadway producer and millionaire Maxwell Sheffield’s three children.