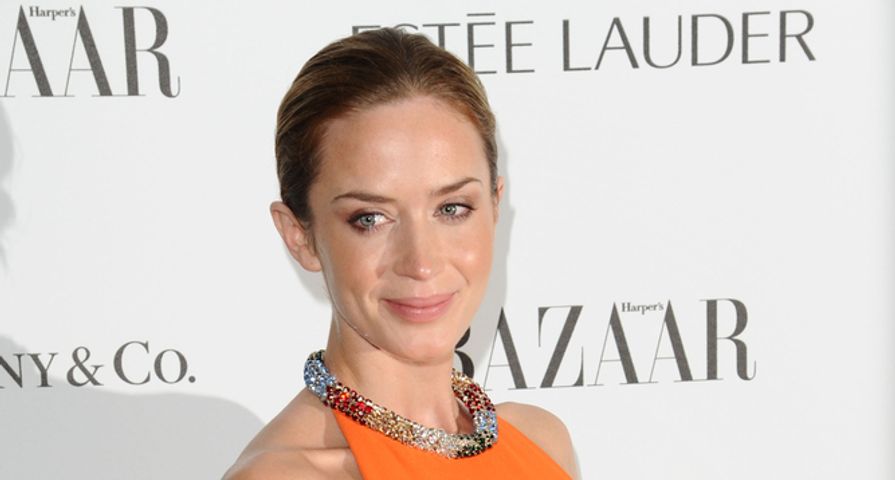 Fox & Friends is definitely not trying to be friends with beloved actress Emily Blunt after they tore her apart for comments she made in jest about the Republican debate.

The 32-year-old star recently became a U.S. citizen and joked about it at the Toronto International Film Festival when she stated, “I became an American citizen recently and that night we decided to watch the Republican debate, and I thought ‘this was a terrible mistake. What have I done?'”

Fox & Friends anchors, Anna Kooiman, Steve Doocy and Brian Kilmeade did not take kindly to this with an offended Kooiman stating on Tuesday’s show, “You know what? Why don’t you leave Hollywood and let some American women take on the roles that you’re getting because the Americans are watching your movies and lining your pockets. She’s been in movies like The Devil Wears Prada and The Edge of Tomorrow.”

Kilmeade then jumped in to criticize Blunt’s appearance on Jimmy Kimmel Live! when she was asked about her U.S. citizenship and stated, “I’m not sure I’m entirely thrilled about it. People ask me about the whole day. They were like, ‘Oh, it must have been so emotional.’ I was like, ‘It wasn’t! it was sad!’ I like being British. The thing is I do get to keep both my British citizenship and this, but you have to renounce her. So, it’s kind of typically American.” “Why is that typical American?” Kilmeade stated before referring to Blunt’s relationship with Canadian Michael Buble, adding that she is now married to John Krasinski.

Doocy then suggested she had just ruined her own reputation, like the Dixie Chicks did when they criticized George Bush back in 2003. “You know what Emily Blunt just did? She just Dixie Chicked herself. She has alienated half the country, and now will think twice about going to her movies.”