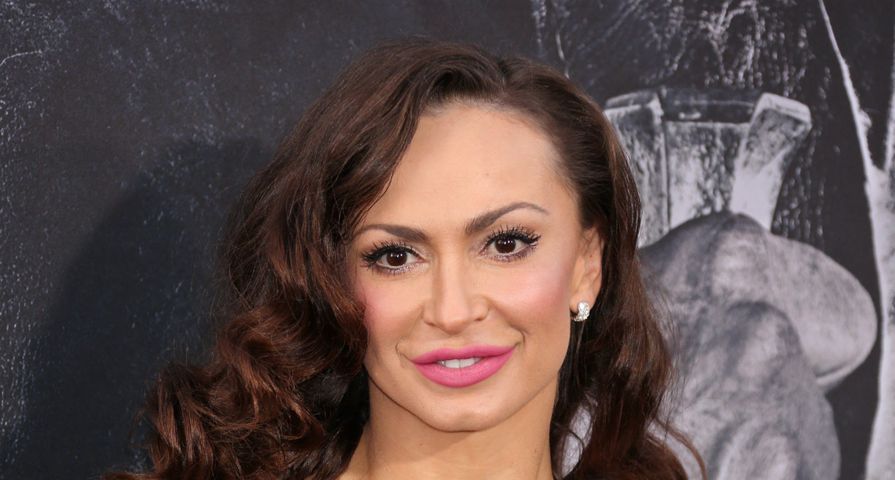 Dancing With the Stars alum Karina Smirnoff is expecting her first baby!

The 41-year-old dancer announced the news of her pregnancy on Wednesday, December 18, on Instagram,

“#BabySmirnoff coming in 2020! And since it’s the holiday season, it’s the perfect time to give back! I’m happily going to donate $5K to @ResolveOrg to support all couples and families on their pregnancy journeys. Everyone have a great holiday!” Smirnoff captioned her post, alongside a photo of herself holding a positive pregnancy test.

“I’m super excited to start a new chapter in my life,” Smirnoff, told PEOPLE. “I’ve always wanted to be a mom. I have so many emotions that I’m going through. I’m nervous, excited, over the moon happy and overwhelmed.”

She added, “Everyone has been so great, gracious and has given me so much information. I’m just trying to keep up! But I’m very grateful for the gift I’ve been given. I can’t wait to be a mom.”

Her dance partner from Dancing With the Stars season 14, Gavin DeGraw, was one of the first people to congratulation the former pro on her big news.

Other fellow Dancing With the Stars pros Sasha Farber, Kym Herjavec, and Lindsay Arnold also commented and shared their congratulations.

At this time, Smirnoff hasn’t revealed who the father of her child is. Earlier in January 2015, the star announced her engagement to Jason Adelman, but the pair called it off two months later. Smirnoff was previously engaged to fellow dance pro Maksim Chmerkovskiy and Major League Baseball pitcher Brad Penny. In 2017, she was romantically involved with Bachelorette alum Chad Johnson.

Smirnoff joined season 3 of Dancing With the Stars in 2006 but later announced her departure from the dancing competition series in February 2015. However, she did make appearances for season 21 and 22, and last competed with Doug Flutie in 2016.

Thanks @FirstReponsePregnancy for confirming that I will have a little one to train on the dance floor! #BabySmirnoff coming in 2020! And since it's the holiday season, it's the perfect time to give back! I’m happily going to donate $5K to @ResolveOrg to support all couples and families on their pregnancy journeys. Everyone have a great holiday! #Ad #BabyBabyBaby #2MeansYes #FirstResponse #6DaysSooner #FirstAndOnlyResponse #HappyHolidays