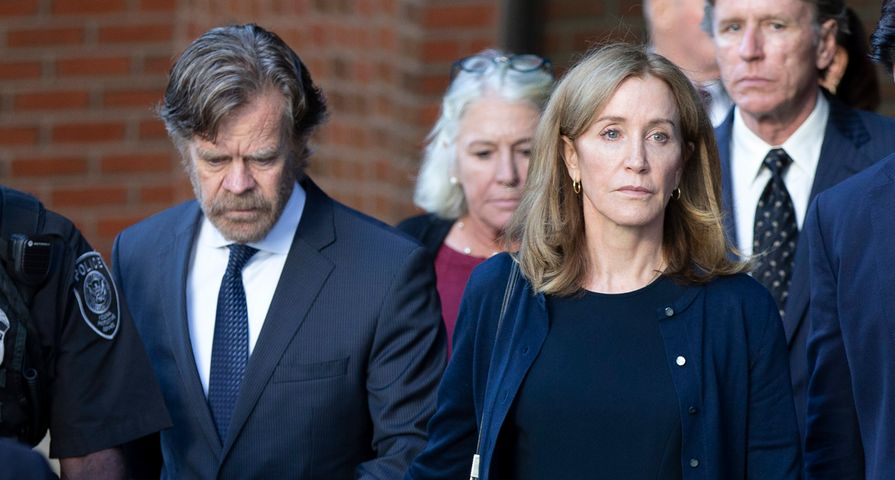 Actress Felicity Huffman turned herself into authorities on Tuesday, October 15 to begin her 14-day prison sentence at the Federal Correctional Institution in Dublin, California.

“Felicity Huffman reported today for sentencing to the Federal Correctional Institution in Dublin, CA.,” a representative for the actress said in a statement.

“Ms. Huffman is prepared to serve the term of imprisonment Judge Talwani ordered as one part of the punishment she imposed for Ms. Huffman’s actions. She will begin serving the remainder of the sentence Judge Talwani imposed — one year of supervised release, with conditions including 250 hours of community service — when she is released.”

Back in May, Huffman plead guilty to her role in the college admissions scandal dubbed Operation Varsity Blues. The actress paid the scam’s ringleader Rick Singer $15,000 to have a proctor change her daughter’s answers on her SAT test. After pleading guilty, she was sentenced in September to 14 days in federal prison, plus a $30,000 fine as well as 250 hours of community service and a year of supervised release.

“The sentence Felicity received is not about a victory or a defeat. She is not disappointed or relieved about the outcome. She is contrite and humbled and accepts the outcome,” said a source after the actress received her sentence. “She is resigned to the fact that she has to serve her sentence and pay her dues to society.”

“I can promise you that in the months and years to come that I will try and live a more honest life, serve as a better role model for my daughters and family and continue to contribute my time and energies wherever I am needed,” Huffman said in the Boston courtroom.

“My hope now is that my family, my friends and my community will forgive me for my actions.”