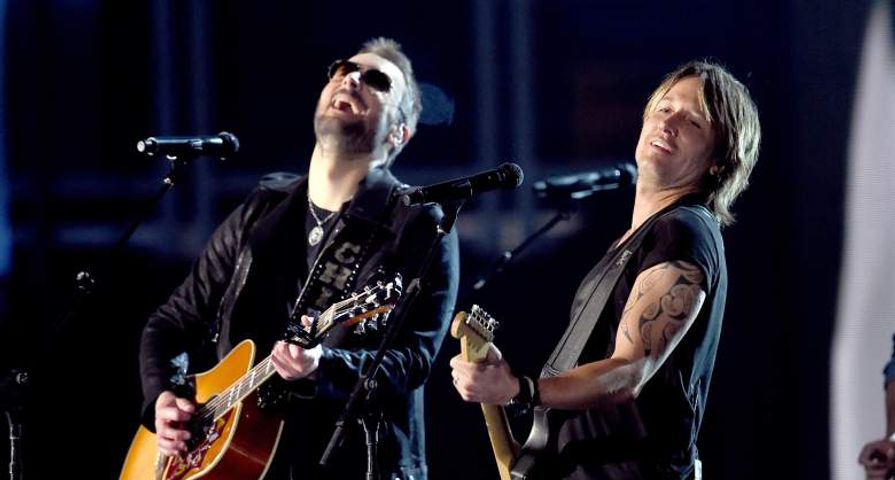 Things You Might Not Know About Dolly Parton And Carl Dean's Relationship
Source: Heavy

Keith Urban is busy on tour right now, and as always one of his biggest stops on his Ripcord World Tour was in Music City itself on Friday, November 11.

Urban sold out the Bridgestone Arena, and had no problem getting the crowd into every song, but he gave them a huge surprise when none other than Eric Church appeared on stage! Fans already had a huge lineup to look forward to with not only Urban, but his opening acts: New Artist of the Year Maren Morris and 2014’s New Artist of the Year Brett Eldredge.

The show was one of the year’s most memorable, but things got even better when Urban came out for the encore with none other than Church, and the two country superstars did a rendition of Church’s recent hit “Record Year” as well as their hit duet “Raise ‘Em Up.” Before Church’s surprise appearance, Urban had teased a big guest earlier in the night but fans had no idea what they were in for, and the “Wasted Time” singer also paid tribute to the late Leonard Cohen with a rendition of Cohen’s hit “Hallelujah.”

Check out Church and Urban’s performance below: