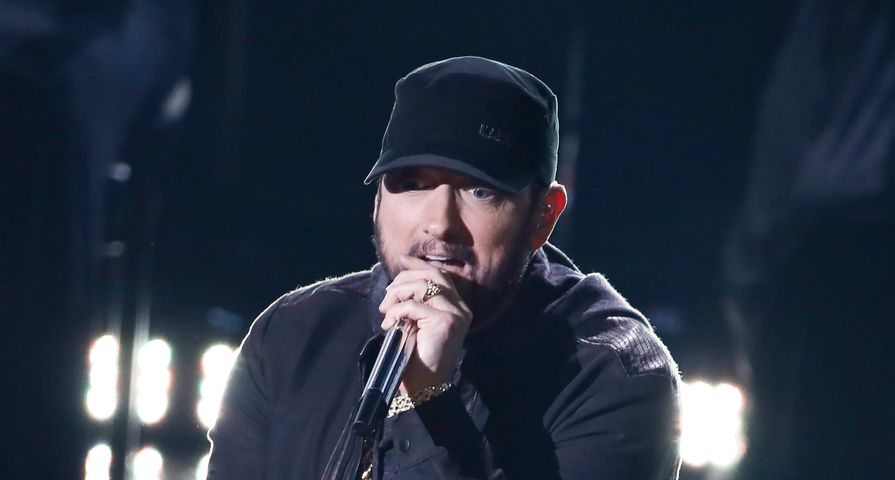 Eminem is clearing up the confusion about his surprise Oscars performance on Sunday, February 9, 18 years after he won the Academy Award for Best Original Song for 8 Miles‘s anthem “Lose Yourself.”

In 2003, Eminem didn’t attend the awards ceremony to accept the award or perform “Lose Yourself,” but when the opportunity to perform on this year’s Oscars’ stage presented itself, the rapper decided it was his time to go on stage.

“I kinda figured maybe since I didn’t get a chance to do it at the time, maybe it would be cool. Back then, I never even thought that I had a chance to win, and we had just performed ‘Lose Yourself’ on the Grammys with the Roots a couple of weeks before the Oscars, so we didn’t think it was a good idea,” he told Variety on Monday, February 10. “And also, back at that time, the younger me didn’t really feel like a show like that would understand me.”

Eminem told the publication that he remembers also being “confused” about why he was nominated for an Oscar in the first place, and was even more shocked that he had won, but also wasn’t disappointed that he wasn’t in the audience. As for what the rapper was doing that night instead, he said, “I think I was just at home with my daughter — and I didn’t watch it, either. At that point in time Hailie had to be at school early in the morning, so [I was sleeping].”

The rapper’s performance came after Lin-Manuel Miranda presented a segment that gave a glimpse at some of the most iconic Best Original Song winners. When the montage ended, a scene from Eminem’s 8 Mile was shown, which then cut quickly to the stage where a rising platform revealed the rapper and a live orchestral band.

Audience reactions to the surprise performance ranged from confusion to ecstatic head-bobbing and singing-a-long during the performance. The rapper also received a standing ovation for his performance, a secret that the Oscar producers hid from everybody. As for why they kept the performance a secret, Eminem said, “I don’t know, I think it was either [the Oscars’] idea or [longtime manager Paul Rosenberg] and [his publicist Dennis Dennehy’s] idea before they brought it to me. It was presented to me that way and I said, ‘Oh that’s kinda dope, to not even announce it.'”