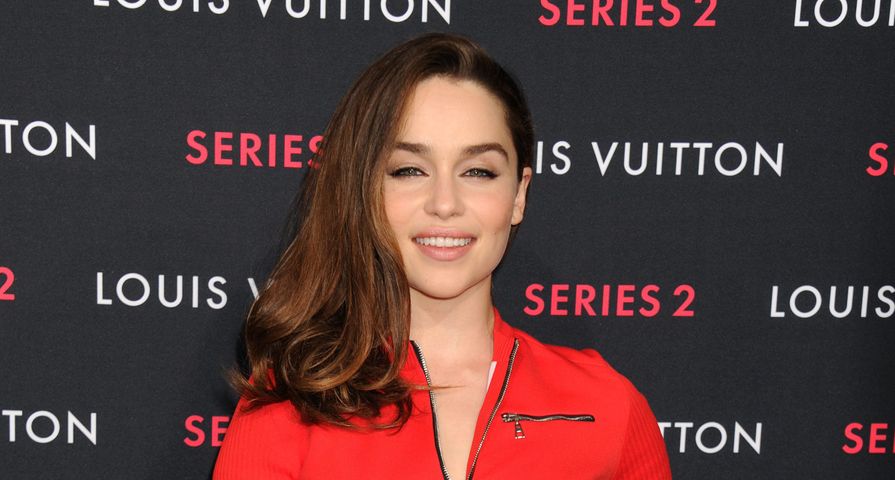 Emilia Clarke is solidifying herself in some of the biggest fandoms by starring as Daenerys Targaryen in Game of Thrones and taking on the role of Sarah Connor in the fifth Terminator film. Unsurprisingly she even has some huge celebrities gushing over her.

As the cover girl for Harper’s Bazaar June/July issue, the gorgeous star revealed that Hollywood hunk Channing Tatum and his stunning wife Jenna Dewan-Tatum recently revealed their love of her Game of Thrones character, and Clarke took the opportunity to hit on both of them!

“I was at a Golden Globes after party and Channing f–king Tatum came up to me, and his stunning missus, Jenna Dewan. And they said, ‘We call each other ‘moon of my life’ and ‘my sun and stars’ and all that ,” she told the magazine about her famous super-fans. “And I was like, ‘I cannot contain this. Please, can we all have something sexual together? You’re both beautiful, even just a hug.'”

While she didn’t say whether anything did happen, it’s probably safe to say the interaction ended at just a hug and she went on to discuss teaming up with another man with a fandom all his own, Arnold Schwarzenegger, for Terminator: Genisys.

“It never gets old. He was so much fun. I expected this massive ego to turn up, but he is this charming, sweet, kind man. He got really excited to film the scenes.”