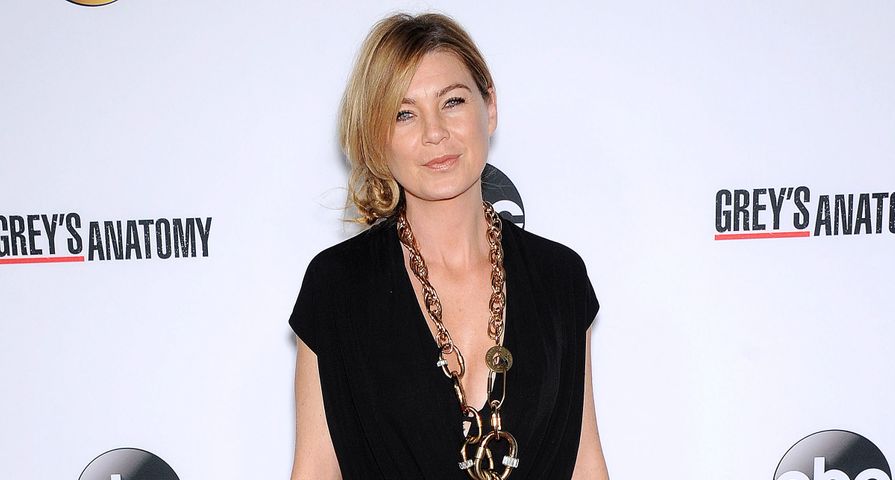 One Tree Hill Podcast: Revelations From Episode 2 "Take Me to the Pilot"
Photo by REX/Broadimage

The 45 year old actress, who has been the anchor of the show since it premiered in 2005, took to Twitter to discuss the death of Derek Shepherd (played by Patrick Dempsey), her character Meredith’s longtime love.

“There are so many people out there who have suffered tremendous loss and tragedy,” she wrote. “Husbands and wives of soldiers, victims of senseless violence and parents who have lost children. People who get up each day and do what feels like is the impossible.”

Check out the video to see the rest of what Ellen said about how she will continue to go on with the show.

The show’s creator, Shonda Rhimes, re-posted Ellen’s message with the succinct approval of “Yes. This.”

But Shonda also released a statement about the plot twist: ““Derek Shepherd is and will always be an incredibly important character—for Meredith, for me and for the fans,” Shonda said.

“I absolutely never imagined saying goodbye to our ‘McDreamy,'” she continued. “Patrick Dempsey’s performance shaped Derek in a way that I know we both hope became a meaningful example—happy, sad, romantic, painful and always true—of what young women should demand from modern love. His loss will be felt by all.”

Since the episode with McDreamy’s controversial death wasn’t the season or series finale, we’ll get to see how Meredith reacts to the tragedy this Thursday at 8 p.m. on ABC.

Also Check Out: The 8 Most Upsetting Deaths On Grey’s Anatomy!