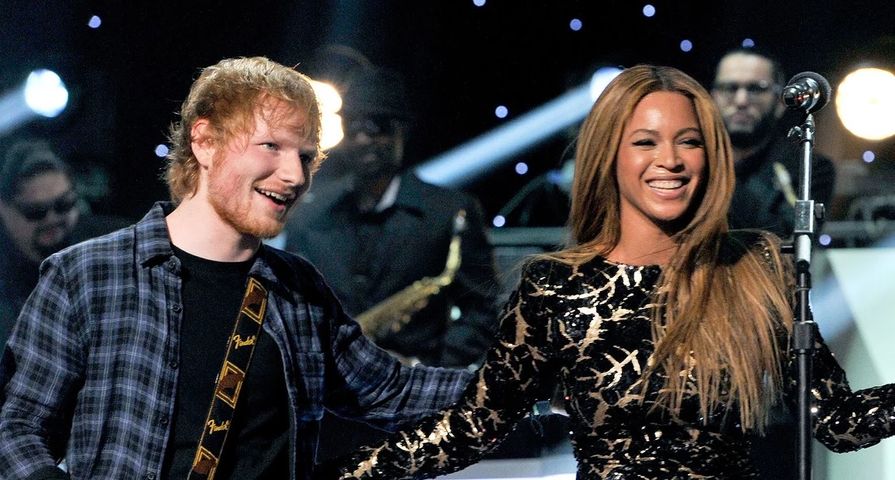 Beyonce could potentially be one of the hardest celebrities to get in touch with.

The 36-year-old singer has become known for being fiercely private, so it shouldn’t really come as a surprise to learn that she takes extra precaution when it comes to getting in touch with her. According to Ed Sheeran, who recently collaborated with her on his single “Perfect,” Beyonce changes her email address every week!

In an interview with Entertainment Tonight, a 26-year-old Sheeran said: “I have an email address that I email [to get in touch with Beyonce] that actually changes every week. She’s very good at…”

“Hiding?” said Keltie Knight, his interviewer. “Yeah,” he replied. “It’s kind of what I inspire to be, I think.”

The “Shape of You” singer also revealed their collaboration had been in the works since May, even though the song was only released last Thursday. “Obviously she had twins [in June], and we finished [the song] in September, so I’ve been holding onto it since then,” he said.

Of course, Sheeran had nothing but praise to sing about working with Beyonce. “The original version of ‘Perfect” was just an acoustic guitar and she rung me up and was like, ‘I don’t know how you feel about this but I’ve taken all the instruments off it and it’s just gonna be acoustic guitar,’ and I was like, ‘Ah that’s great, because it used to be that!'” he said. “Then when we got in together, it wasn’t so much notes, it was very much like a back and forth thing, like, ‘What’d you think of this?’ Or ‘What do you think of this?’ and [we were] probably in the studio for four hours.”