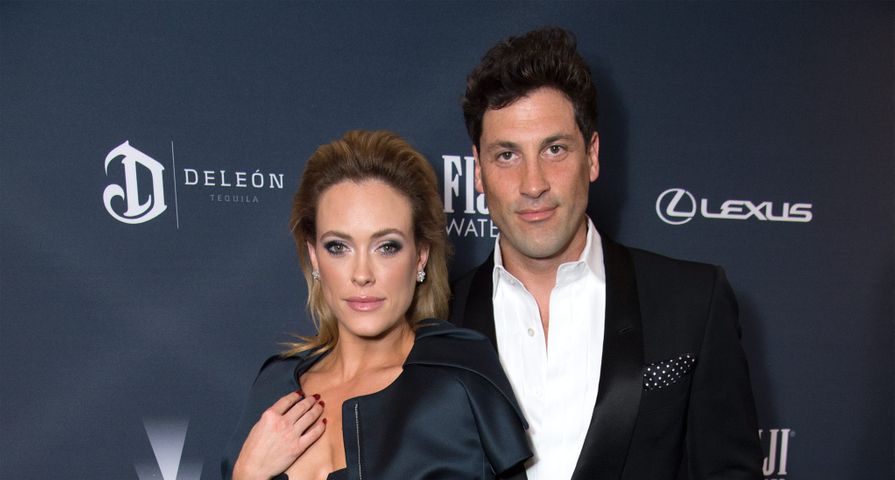 Dancing With the Stars‘ most popular couple Maksim Chmerkovskiy and Peta Murgatroyd were married last July, and while the day looked picture perfect, Murgatroyd recently revealed she was very sick on her wedding day.

Talking with Us Weekly, the gorgeous dancer explained, “There was a big hiccup,” on her wedding day thanks to quite the raging rehearsal dinner the night before. According to Murgatroyd, the rehearsal dinner was quite the event as well with around 60 people and a D.J. and in all of the excitement she forgot to eat and then had a little too much to drink.

“I think I forgot to eat . . . I think I got alcohol poisoning,” she revealed. The vomiting was so severe that she had to call in an doctor to administer an IV drip. “It was the worst timing,” she said. “I couldn’t believe it happened.”

Murgatroyd added that everything was caught on video and as she just recently received the footage from the big day, she looked back on sitting getting an IV drip only hours before she was supposed to walk down the aisle. “It’s so funny because everyone was glam and everything and I’m sitting there two hours before walking down the aisle,” she said.

Murgatroyd, who shares son Shai with her husband, said that newlywed life has been “great” and there has just been a “heightened sense of love.” “Maks is so cute. He just comes home with flowers randomly. He’ll have them in his teeth and he walks up,” she gushed. “I’ve got a baby in one arm. I’ve got a bottle in this arm. I’m like, ‘I look dreadful.’ He’s so awesome at making me feel like I look like a hundred bucks every day.”