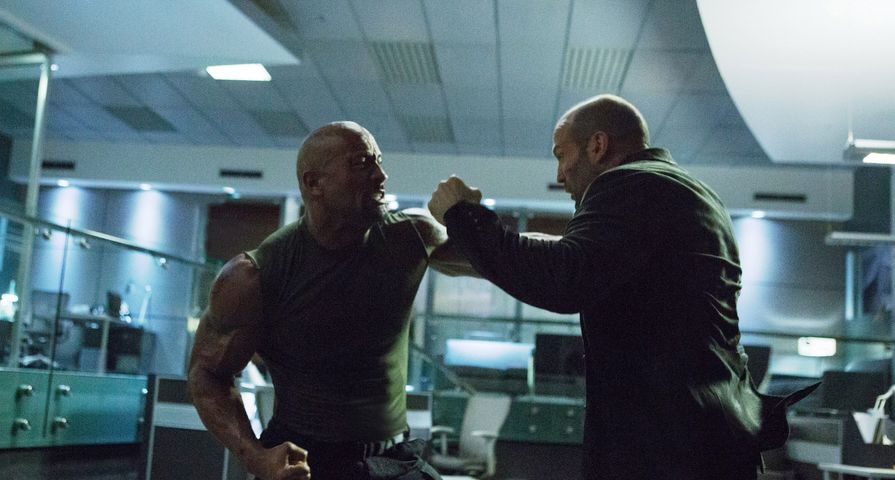 While the Fast & Furious franchise has eight movies and billions of dollars behind it, it is continuing to grow as the spinoff is officially in production!

The upcoming spinoff film called Hobbs and Shaw will star Dwayne “The Rock” Johnson and Jason Statham as their Fast & Furious characters Luke Hobbs and Deckard Shaw. Although some drama has come from the spinoff with Tyrese Gibson blasting The Rock for taking over the Fast & Furious franchise and blaming Fast 9 being delayed because of the spinoff movie, Hobbs & Shaw is still going full steam ahead.

On Monday, September 10 the popular actor took to his Instagram to share the first photo from the set which features his co-star Jason Statham chatting with the film’s director David Leitch. “DAY 1 and the evolution has officially begun,” the actor began his post. “Long awaited Fast & Furious spin-off movie, #HobbsAndShaw is electric. My partner in heavy crime & fun @jasonstatham is lookin’ like $1million bucks and holdin’ it all down. Our visionary & bad ass director @davidmleitch (just directed Deadpool2) at the helm and ready to evolve the franchise in exciting and fresh new ways.
And as always, our @sevenbucksprod president @hhgarcia41 capturing the dopest images thru his  lens. Keep crushing on that set boys… the man known as “HOBBS” will touch down in London in two weeks. Pancakes, tequila and ass kickin’s on me.”

So far, the plot of the film has not been revealed but it will follow Johnson’s Hobbs, a former Diplomatic Security Service agent who later joined forces with the Fast & Furious crew, and Statham’s Shaw, an assassin who was an enemy to Dom before he began fighting with them.