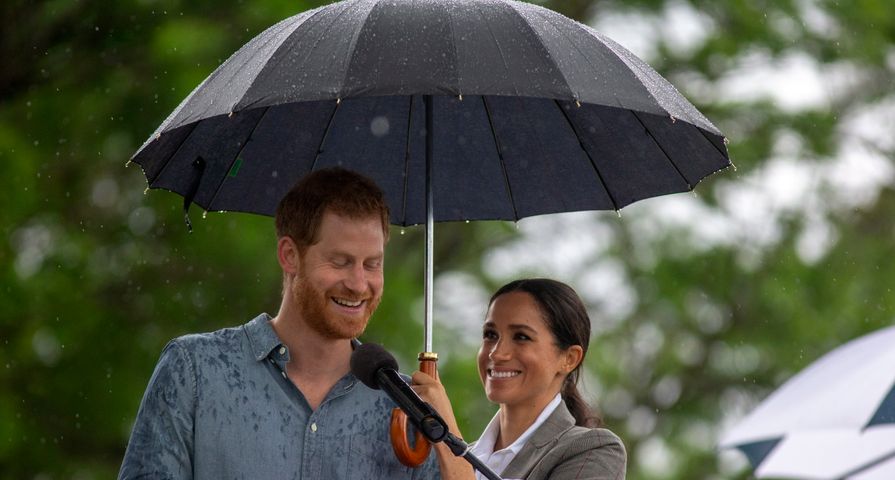 Prince Harry & Prince William: Things You Didn't Know About Their Relationship
an Vogler/Pool via AP

The Duke and Duchess of Sussex are hard at work on their royal tour, and they aren’t going to let rain get in their way!

After announcing that they are expecting their first child together next spring, the two royals have continued their tour of Australia which took them to Dubbo, a drought-stricken rural area, at which Prince Harry gave a very personal and impassioned speech about mental health awareness specifically around young men in rural areas.

Right before Harry was set to take the podium, a much-needed downpour of rain began, and as Harry left his umbrella with Duchess Meghan to keep her dry, she instead stood with him to hold the umbrella as he spoke in a very sweet moment.

While Dubbo’s Mayor Ben Shields offered the prince his umbrella, Harry said, “It’s all right, I’ve got my wife.”

“Our region has been hit by a terrible drought so we are very pleased that you can bring that terrible English weather here with you,” the mayor joked before welcoming Harry.

Harry began his speech by praising the people of Australia and the country town saying, “you are the salt of the earth, honest, hardworking and as tough as they come and that resilience, sense of humor and commitment to the land are the qualities that make you unique.”

“You are the backbone of this country,” Harry continued. “The rich traditions of the Australian outback are legendary. You have a lot to be proud of. But I know that life has not been easy.”

The royal also joked about the “gift” of the rain before launching into a more serious topic: an increase in suicide among young male in rural areas.

“You have just lived through two years of drought and despite the recent welcome rain it is going to take a lot more and a long time to recover,” Harry said.“It must be hard not to lose hope when you endure so many dry months end on end knowing that you are powerless to do anything about it.”

“We know that suicide rates in rural and remote areas are greater than in urban populations and this may especially be true among young men in remote regions,” he continued.

‘But outside all of that, here’s what I also know. You are one huge community and with that comes an unparalleled level of internal support and understanding.”

Prince Harry then said that asking for help is most important, and even brought up his own personal experience with seeking help for mental health issues. “You are all in this together and, if I may say, personally, we are all in this together. Because asking for help was one of the best decisions that I ever made. You will be continually amazed at how life changes for the better.”

Despite being slightly more than 12 weeks pregnant, Meghan got down to work when she and Prince Harry met with a local cattle-farming family where they spoke with them about their experiences through the drought and even rolled up their sleeves to help feed the cattle.

The couple’s 16-day royal tour will take them through Australia, into Fiji and Tonga and to New Zealand. 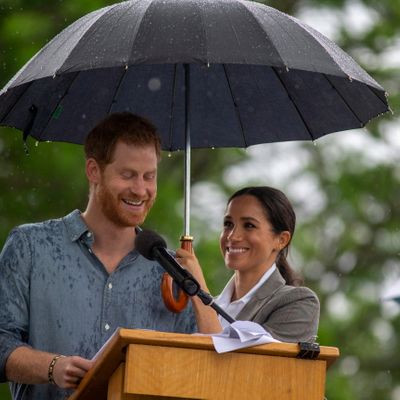