Dramatic ‘After The Final Rose’ Sees Arie Propose To Lauren B. 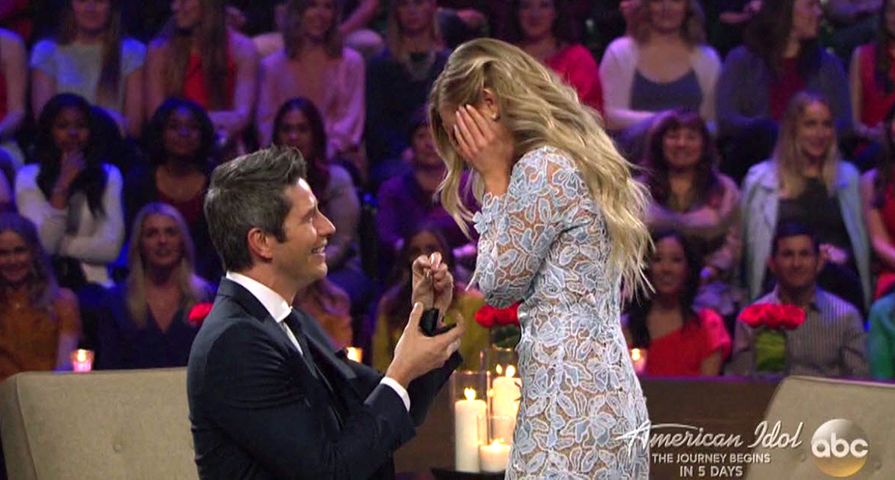 After the “boring” season of The Bachelor which saw Arie Luyendyk Jr.’s quest for love, everything was turned on its head in the season finale where after proposing to Becca Kufrin, Arie decided he would rather be with his runner-up.

If the finale wasn’t dramatic enough, everything came to a head on the Tuesday March 6 episode of After the Final Rose where Becca K. and Arie came face-to-face for the first time since their split, and Arie took the camera time as opportunity to propose to Lauren Burnham.

Despite the utter heartbreak Becca went through on national television she was very calm and classy during her sit-down with Chris Harrison and with Arie Luyendyk Jr. as she said, “Now that I’ve seen all sides of this story and where his heart lies, I wasn’t for him. I would never want him to feel like he was in a relationship where he was trapped. If I’m not the one, I’m not the one.”

While Arie admitted that he regrets proposing to Becca knowing he still had feelings for runner-up Lauren Burnham, he said he did so because of “the pressure of being The Bachelor.” After Arie apologized to Becca, she accepted his apology and said, “It’s hard but you learn from everything,” she said. “I do want you to be happy. I hope that Lauren is your one and that you have found that happiness with her. I just want you to be honest with her and hold her heart high, have the most respect for her, be committed to her.”

After Becca got the closure she needed from Arie, Arie wasted no time in proposing to the woman he apparently wanted all along. “I made some bad decisions but the best decision was running back to you,” Arie, 36, said to Lauren, 25. “I truly believe are my soulmate. I’m ready to face this life with you and all that comes with it. I love you so much. I wanted to do this in front of everyone because I want to show you that I should have done this a long time ago.” With that, Arie got down on one knee and proposed — and she said yes!

Meanwhile, the couple spoke to PEOPLE after the episode and said they are not waiting long to get married. “We’ve already been planning it, even before the engagement,” says Luyendyk Jr. “We want to do it quickly!” 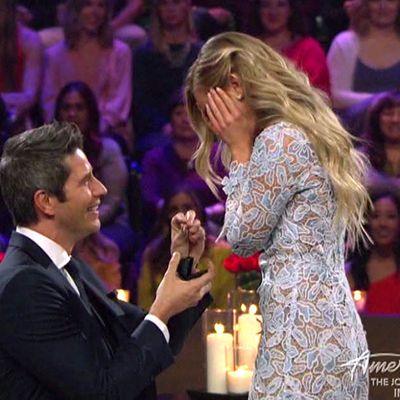