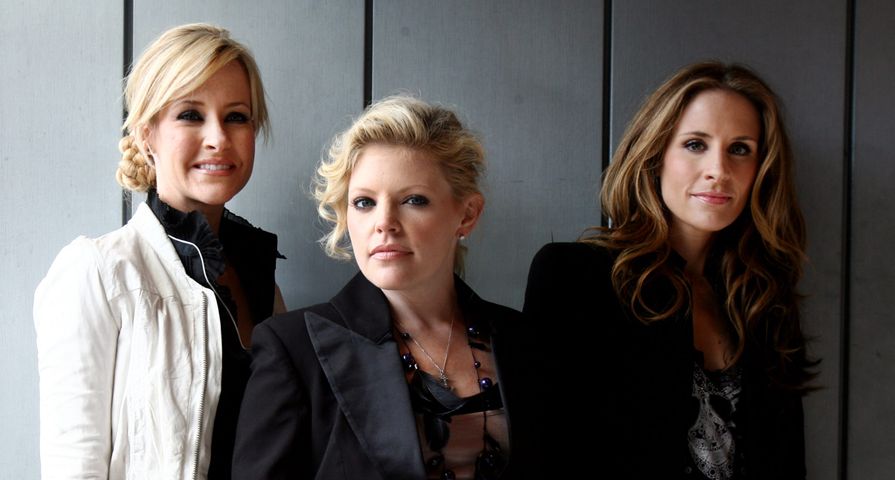 Country trio The Dixie Chicks have announced they will be setting out on their first American tour as headliners in nearly ten years next summer. The group announced the DCX MMXVI World Tour, their biggest tour since their Accusations & Accidents World Tour in 2006 on Monday, Nov. 16 via their Facebook page.

“There’s no telling what will happen when the Dixie Chicks return to North America next summer for the DCX MMXVI World Tour! Be the very first to get tickets by joining the all new MMXVI Tour Club,” a video with the announcement is captioned on the page. “Just when you thought you were safe, America, we’re back,” Natalie Maines begins in the video. “It’s been 10 years since we toured the U.S.” Martie Maguire adds, and, Emily Robison concludes, “there’s not telling what will happen this time.”

The North American leg of the tour starts on June 1, 2016 in Cincinnati, Ohio and concludes October 10, 2016 in Los Angeles, California.

The group’s previous headlining tour came after Maines made controversial comments about the Iraq War and the Bush government at the time during a concert in London, England, and although they have continued to perform sporadically, they haven’t headlined for quite some time. “It was definitely the most bold thing as a person and as a band we had ever done,” Robison told EW following the comments and backlash.