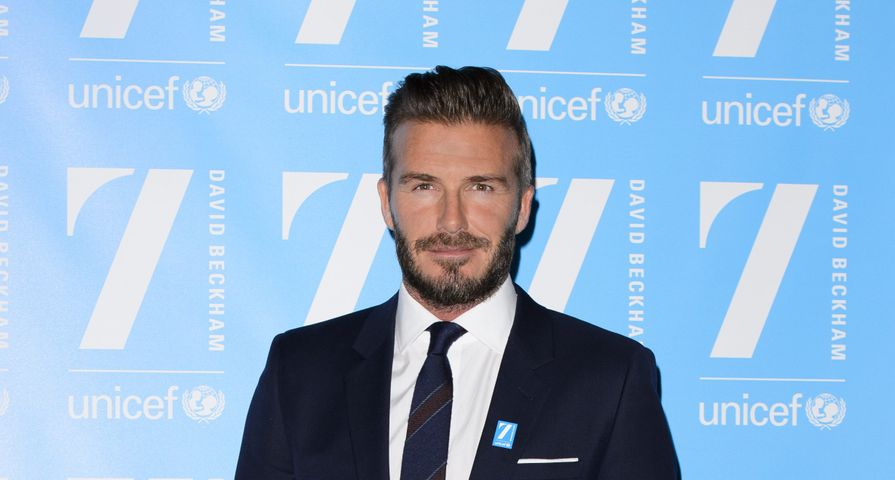 The most shocking part of David Beckham being named People magazine’s Sexiest Man Alive for 2015 is that he hasn’t had the title before.

The former soccer player was announced as this year’s SMA by Jimmy Kimmel on Tuesday, Nov. 17, taking over for last year’s winner Australian actor Chris Hemsworth.

As per usual, Kimmel held off announcing Beckham as the winner by playing a guessing game with the audience first as they video chatted with Beckham, 40, but had his face covered and his voice changed. The first clue was that he was in London and the first question asked was, “Have you ever played a superhero?” and after a series of varied and very good questions it seemed the audience still wasn’t sure who it was, until someone finally guess, “Are you David Beckham?” causing Beckham to reveal himself.

“It’s a huge honor. And I’m very pleased to accept,” Beckham told People of being named Sexiest Man Alive for the 30th anniversary. He went on to admit that he isn’t sure he is deserving of the title, stating, “I never feel that I’m an attractive, sexy person. I mean I like to wear nice clothes and nice suits and look and feel good, but I don’t think of myself that way.”