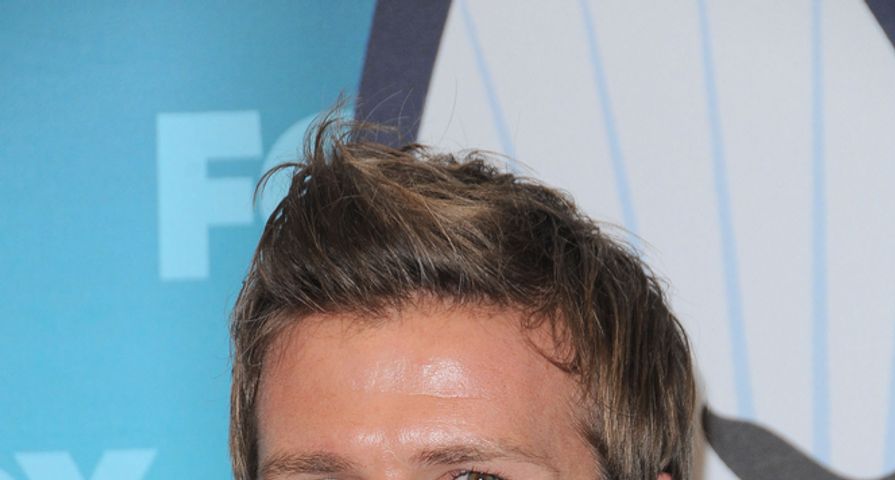 There’s nothing like enjoying a nice jaunt through Los Angeles via motorcycle. Splitting lanes, swerving through traffic…seeing your life flash before your eyes.

David Beckham learned a new lesson yesterday. The paparazzi don’t care what kind of vehicle you’re on. They will somehow be alerted to your location, they will hunt you down and they will f*** with your day (or night). In this case, it was broad daylight — a hot day in Los Angeles (Thursday). David Beckham had just stopped by his favorite tattoo joint in the city, Shamrock Tattoo. The tattoo parlor is located in West Hollywood on the famed Sunset Strip.

Once David finished his business there, he hopped on his vintage custom and pulled onto Sunset Blvd., where he claims he had to maneuver around some paparazzi. This caused him to turn too tight, and he laid the bike down.

David walked away unscathed and likely very frustrated. He grabbed some buddies from the tattoo shop, and they lifted the bike and limped it back over to the storefront where the international soccer star, spokesperson and model was able to check out the damage to his knucklehead.

All in all, it wasn’t too big a problem that it couldn’t be easily solved, but the ordeal could have been worse in heavy traffic or had another driver been following Beckham as he made the turn. Bottom line, the paparazzi have never been so strong in number or as annoying as they are in 2014. It’s almost as if they’d like to cause an accident, so they can photograph and video it.

Here’s to hoping David works the kinks out of his sweet ride, and next time, just runs over the paparazzi.