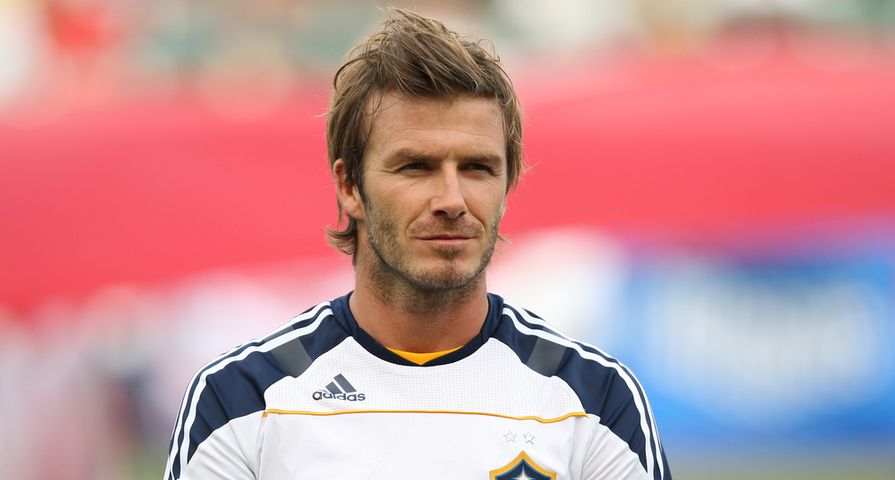 David Beckham, 39, and his eldest son, Brooklyn, 15, were involved in a car accident on Saturday November 29 in London, England but fortunately no one was injured.

David had reportedly just picked Brooklyn up from a soccer match from the training ground for the Arsenal team when the accident occurred.

A source reported to E! News, “David and Brooklyn were involved in a car accident, they did not suffer any injuries and as I understand it, both passengers in the other vehicle were unharmed.”

The source also stated, “David and Brooklyn were shaken by the accident but thankfully OK.”

Reports also indicate that major injuries were avoided by the deployment of the airbags inside the vehicle as Beckham’s silver Audi was hit on the right hand side, showing extensive damage while the other car had extreme damage to the front end with glass and debris scattering the road.

David has been in two other accidents with Brooklyn in the car, one in Los Angeles in 2011 and another near their home in Beverley Hills in 2013.

Brooklyn seems to be taking after his soccer star father, having signed a contract with Arsenal’s U-16 team in November.

Meanwhile, David and Victoria’s second son Romeo seems to be taking a page from his dad’s second career, modeling, as the 12-year old is starring in his own Burberry holiday campaign.

Although it was reported David may have hurt his shoulder in the accident, he appeared looking healthy and uninjured as he attended the Evening Standard Theatre Awards with his wife Victoria on Sunday November 30.