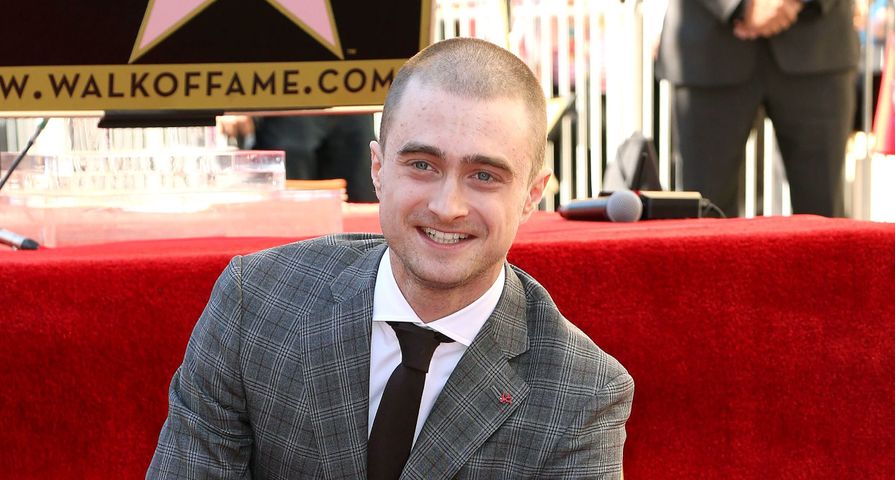 When he was cast as the lead in Harry Potter, there was no doubt that Daniel Radcliffe’s star was going to be big, and he would have a lasting legacy in Hollywood even if he never acted again after the franchise.

He has continued acting however, and at 26, he is already getting his own star on the Hollywood Walk of Fame.

The young actor is currently doing press for his newest movie, Victor Frankenstein, alongside James McAvoy and on Thursday, Nov. 12 made a stop in Los Angeles to receive his star. “It’s really an incredible honor,” Radcliffe said of the moment. “We [Brits] have a national embarassment about people saying nice things about us, so I was taken aback at first but then I had a real sense of gratitude. Only about 20% of people who work in film and television end up on the Walk of Fame. It’s kind of amazing. I don’t know if they remove these things, but no matter how badly I mess up, they can’t remove it,” he joked.

While Radcliffe has graciously moved on from the world of Harry Potter, he will probably never be able to escape being known as the wizard hero, and he still gets asked a lot about the role with the news that the play “Harry Potter and the Cursed Child” will debut in 2016. “I’m getting asked a lot, ‘Would you play him?’ and I’m like, ‘No.’ Because I’ve done it. But it would be very weird to see someone else play him,” Radcliffe stated.

“I’m definitely interested in ‘Cursed Child,’ [but] I think it would be a weird thing for me to sit through when I would have to be so heavily disguised. I’m no longer part of that world, nor should I be.”