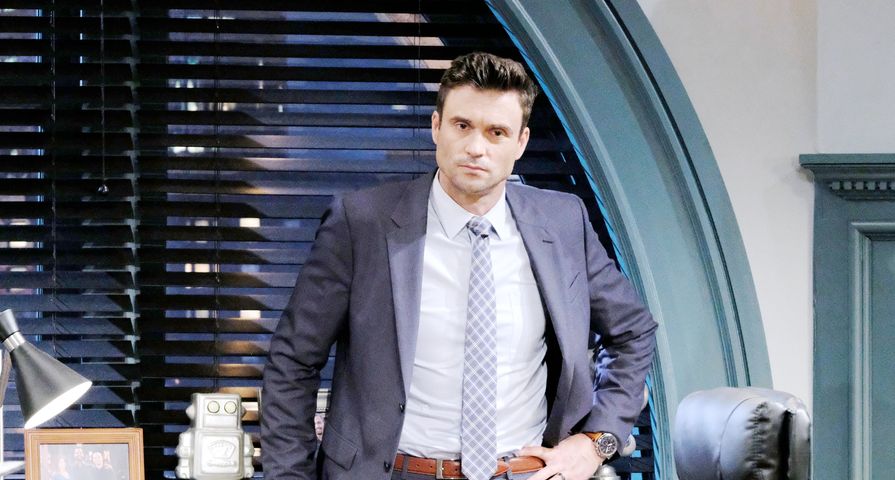 Cane Ashby will leave Genoa City for good this week as his portrayer Daniel Goddard exits The Young And The Restless (Y&R).

Spoilers tease Cane will be cornered after his father Colin Atkinson (Tristan Rogers) implies that Cane was an integral part of the Chancellor will plot, conning Devon Hamilton (Bryton James) out of his billion-dollar inheritance.

Cane will deny this and defend himself, of course, but Devon will confront him and demand to know the truth. Also, rumor has it that Colin has somehow hidden the cash and will refuse to tell anyone where it is.

When Goddard was informed he had been let go from the Y&R in October, he posted on Instagram that he was “shocked and gutted.”

This isn’t the first time the actor has departed the sudser. Back in 2011, he was let go and viewers were so outraged by the decision, they mounted a campaign for his return. Fans even hired a plane to fly a banner over the CBS studios with the message: “Y&R fans Want Daniel Goddard As Cane Ashby!”

The campaign worked and Goddard returned to the soap shortly afterward. This time, it doesn’t look like the actor will receive a reprieve.

“I am forever grateful for the 13 years I have been a part of the Y&R family,” Goddard said. “But sadly it seems that without Neil and Lily there just is no Cane.”

But will Cane exit the Y&R on a high note and be exonerated, or will it turn out he really was in on the inheritance con with his father from the beginning? Stay tuned to Y&R to find out!