Dancing With The Stars Semifinals Recap: Victoria Arlen Gets Her First 10 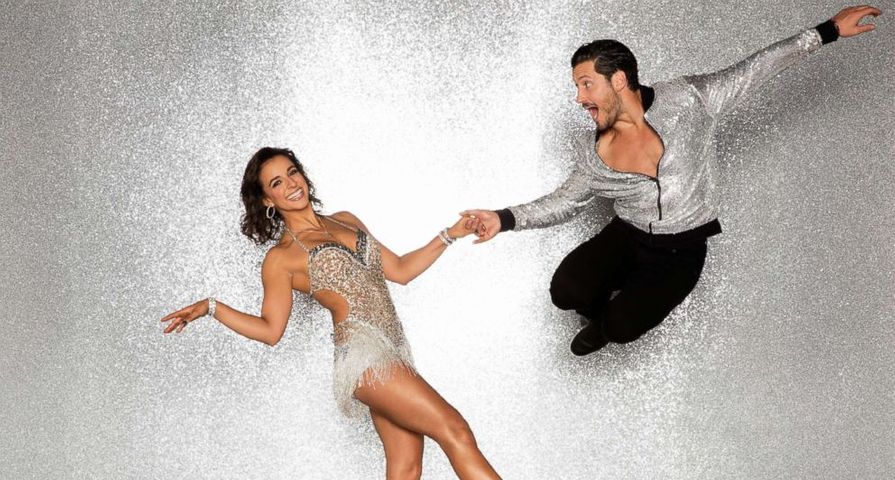 Dancing With The Stars 2019: Full Cast For Season 28 (With Pics)
Source: ABC/Craig Sjodin

Last night’s episode of Dancing with the Stars was the semifinals and the competition was tougher than ever with only five couples remaining! Each couple performed two routines – one where the pros chose a song to honor their partner and the second where the couples performed “iconic routines” from past seasons. Follow along as we recap the best and worst routines from last night’s episode:

Val Chmerkovskiy honored Victoria Arlen’s parents with a contemporary routine. Professional dancer and Val’s real-life love Jenna Johnson joined them and played Victoria’s mother while Val played her father. The judges loved the routine and awarded them 9’s across the board. Their second routine was a Charleston inspired by Amber Ridley and Derek Hough and earned Victoria two perfect 10’s.

Lindsey Stirling and Mark Ballas topped the leaderboard during the first round. Mark paid homage to the obstacles Lindsey has overcome in her life and the two performed a passionate routine that the judges rewarded a 29. Their second routine was a recreation of Meryl Davis and Maksim Chermkovskiy’s tango. The technique was impeccable and the duo was rewarded a 28.

The best of the evening was undeniably Jordan Fisher and Lindsay Arnold. The duo paid homage to Jordan’s role as a big brother. Lindsay struggled due to her knee injury but luckily held it together through the routine. The judges seemed slightly underwhelmed by the routine but Fisher’s spot-on technique still landed him 9’s across the board. Their second routine was a jive inspired by Paige VanZant and Ballas. The judges admitted that the routine topped the original and gave Jordan his fifth perfect score of the season.

Frankie Muniz struggled with his confidence this episode but finally revealed his bare chest during the routine as previously promised. The judges admitted he looked quite uncomfortable but praised his positive attitude. They were given a 25. The second routine was a routine inspired by Apolo Anton Ohno and Julianne Hough but it still didn’t seem to wow the judges and landed them a 26.

Drew Scott was definitely the worst of the evening, despite his upbeat personality. He and Emma Slater performed a routine to celebrate Drew’s Scottish roots that landed them 8’s across the board. They followed this routine with a Corbin Bleu trio dance that was praised for imagination but Drew definitely needed to tweak his “finesse.”

The end of the evening had two couples in jeopardy — Frankie and Witney and Victoria and Val. Ultimately it was Victoria who was sent home. Victoria broke into tears while Tom Bergeon called her “amazing” and Val praised her and said “the future’s bright for you.”

Dancing with the Stars airs on ABC Mondays at 8 pm.