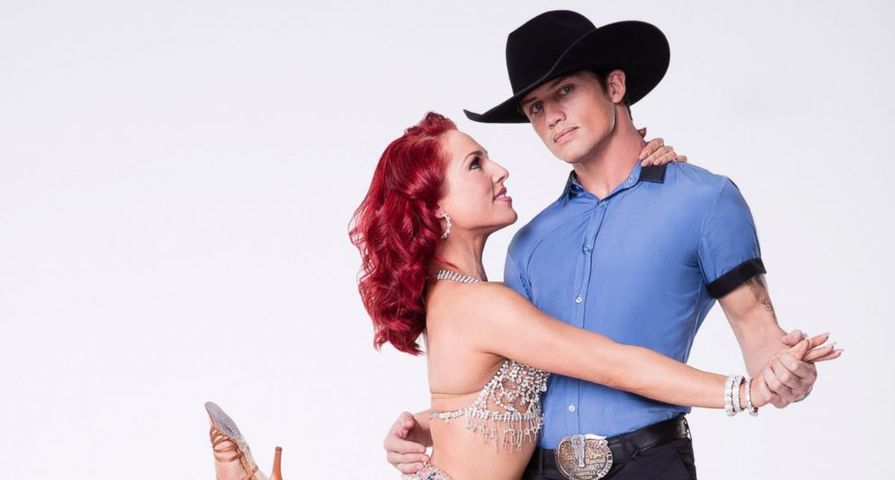 The night began with a beautiful number by none other than Alfonso Ribeiro, with guest appearances from our favorite Disney princesses, princes and characters.

Rashad and Emma prepared a foxtrot to Beauty and Beast’s new song “Evermore”. Although the costumes were stunningly accurate, it was the passion behind the dance moves that really brought the characters alive. All judges agreed that the music’s tempo was difficult to keep step to, however the pair pulled through with a score of 32/40.

Nick and Emma danced convincingly as Pinocchio to jazz choreography of “I’ve Got No Strings”. Nick was completely committed, even shaving his beard, to a fun and uplifting performance that wowed the judges.  The pair scored 34/40.

Erika and Gleb danced a Viennese waltz to “Unforgettable” from the soundtrack of Finding Dory. The couple danced with a flow of movement that created a surreal and transporting performance. Even Len had to agree that the vulnerability displayed in the dance was, as the song suggested, unforgettable. Erika and Gleb waltzed their way to a 32/40.

Heather with Alan to jazz to “For the First Time in Forever” from Frozen. Although Maks was not ready to dance this week, it was announced that he will be back next week. Heather captured Ana’s spirit on the dance floor in a fun loving routine that embodied the spirit of Frozen. The couple earned a 34/40.

Bonner and Sharna tangoed as the main characters from Wreck It Ralph. Julianne and Bruno agreed that the pair was able to bring the tango out while also not compromising the characters they were portraying. The couple scored a 30/40.

Normani and Val danced a Paso Doblé to the tune of “I’ll Make a Man Out of You” from Mulan performed live by Donny Osmond (and Season 9 champion). The performance was fierce, flawlessly captivating the warrior spirit of the title character, Mulan herself. As Len described, Normani was the “Paso conquering princess” worthy of their 39/40 score.

David and Lindsay danced a jive to “Ride” from the Cars 3 soundtrack. The pair did not miss a step to the fast paced routine that captured the high energy and racing pace of the Cars franchise. Despite generally favorable reviews from the judges, the couple scored a 29/40.

Nancy and Artem jazzed to “That’s How You Know” from Enchanted. Carrie Ann raved over their graceful performance while Len even went so far to say they had captured the spirit of Disney. The duo scored a 36/40.

Simone and Sasha danced a contemporary routine to “How Far I’ll Go from Moana” with Auli’i Cravalho performing the song live. The routine did Moana justice as Carrie Ann described the dance as both powerful and poetic. The couple earned a 38/40.

The two couples up for elimination were Erika and Gleb, as well as Nick and Emma. However when it came down to it, the duo that had to say goodbye was Erika and Gleb.

Stay tuned for next week: a battle of Boy Bands versus Girl Groups.