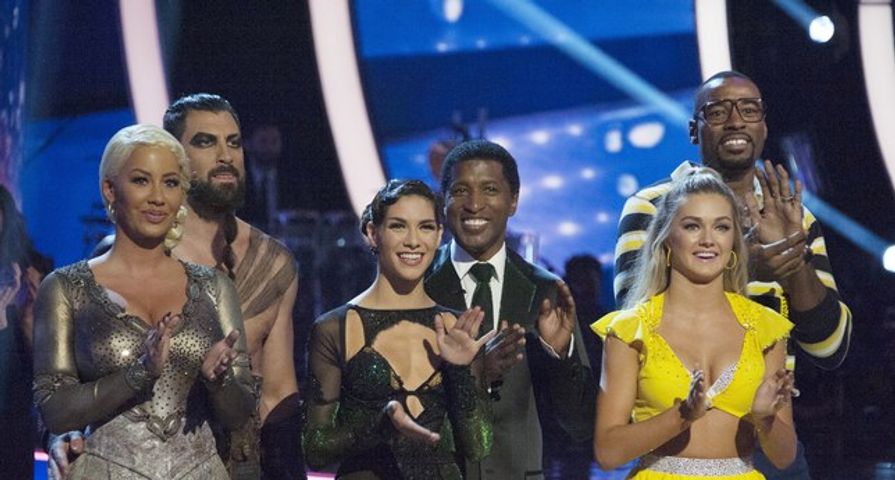 Dancing With the Stars season 23 is starting off big with TV theme song week in only week two!

On Monday, September 19, all of the stars did their best to honor fan favorite TV show theme songs with a variety of dances, and although they danced their hearts out, with two weeks down it means someone’s elimination is coming next week.

It should come as no surprise that 16-year-old gymnast Laurie Hernandez and Val Chmerkovskiy remained at the top of the leaderboard with a dance to the theme song from Ducktales which caused Julianne Hough to tell Hernandez that she is “Disney’s Beyonce” and the pair nabbed 32 points.

Hot on their heels with 31 points, however, was reality star Terra Jole and Sasha Farber who did a stunning quickstep to Bewitched. Also creeping closer to the top were Kenny “Babyface” Edmonds and Allison Holker who did an Argentine Tango to the X-Files theme song.

On the other end of the leaderboard was politician Rick Perry who failed to impress with his quickstep to Green Acres. Four couples came through just above Perry with a score of 24 points: Maureen McCormick and Artem Chigvintsev who of course quickstepped to The Brady Bunch; Amber Rose and Maks Chemerkovskiy who performed a Viennese Waltz to Game of Thrones; Jake T. Austin and Jenna Johnson who did a cha-cha-cha to Go Diego Go’s theme song, and Ryan Lochte and Cheryl Burke who floundered in their quickstep to The Muppets.

The rest of the contestants landed in the middle which was impressive for Jana Kramer who danced to the One Tree Hill theme song despite suffering some serious injuries in her first week.