Home » Trending News » Dancing With The Stars Recap: Who Was The Second Couple To Go Home?

Dancing With The Stars Recap: Who Was The Second Couple To Go Home? 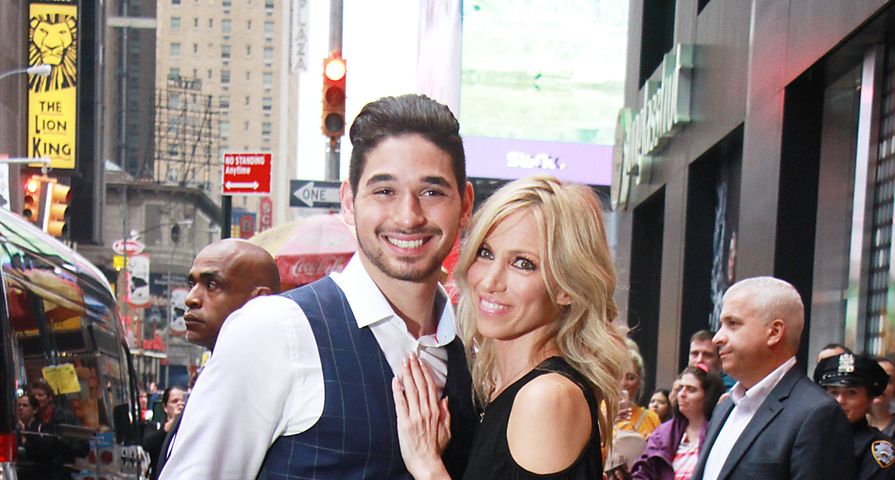 Last night was Latin Night on Dancing with the Stars and the couples definitely seemed more focused after feeling the reality that they could be the next to be sent home! Some couples took huge leaps forward, while others fell behind despite their greatest efforts. Follow along for a recap of last night’s episode and find out who blew the judges away:

Jordan Fisher and Lindsay Arnold took on a somba routine last night. The dance was energy-filled and upbeat and landed them near the top of the leader board with a high-score of 24. Lindsey Stirling and Mark Ballas tied with this duo despite the clips from rehearsals of her struggling to be sexy. Bruno called the routine “breathless” and even Len admit he was impressed. Following close behind was Vanessa Lachey and Maks Chmerkovskiy who landed a solid 23 for their throwback salsa routine.

The dancers who appeared in the middle of the pack were Sasha Pieterse and Gleb Savchenko, Drew Scott and Emma Slater, and Victoria Arlen and Val Chmerkovskiy who all improved since last week but not enough to upscore the top contenders.

Three couples fell near the bottom of the leader board with scores of 19. Derek Fisher and Sharna Burgess tried to present a fast-paced paso doble but the judges were left completely underwhelmed. Nick Lachey and partner Peta Murgatroyd also fell near the bottom and Nick was criticized for his tight hips and lack of passion. Cheryl Burke and Terrell Owens was the third couple to receive a 19 and attempted a stripper-themed samba that they didn’t quite pull off.

Just below them was Nikki Bella and Artem Chigvintsev who received a low score of 18. Nikki admit she felt uncomfortable dancing with a man who wasn’t John Cena but was determined to try her best.

Of all the routines, Frankie Muniz and partner Witney Carson scored the top spot of the night with a sassy salsa that floored the judges and landed him a solid 25/30 while proving to be a frontrunner that others need to watch out for.

Unfortunately, one couple was to be sent home and although Debbie Gibson and Alan Bersten showed their improvement with an Argentine Tango, it seemed it was too late to make a full recovery. Nick and Peta were also in jeopardy but ultimately rose above as Debbie and Alan were sent home. “This show in this short amount of time and this guy here, I feel like I got my life back and so I am so thrilled and we’re gonna keep dancing!” she declared before leaving the dance floor.