Dancing With The Stars Recap: The Quest For Perfect Scores 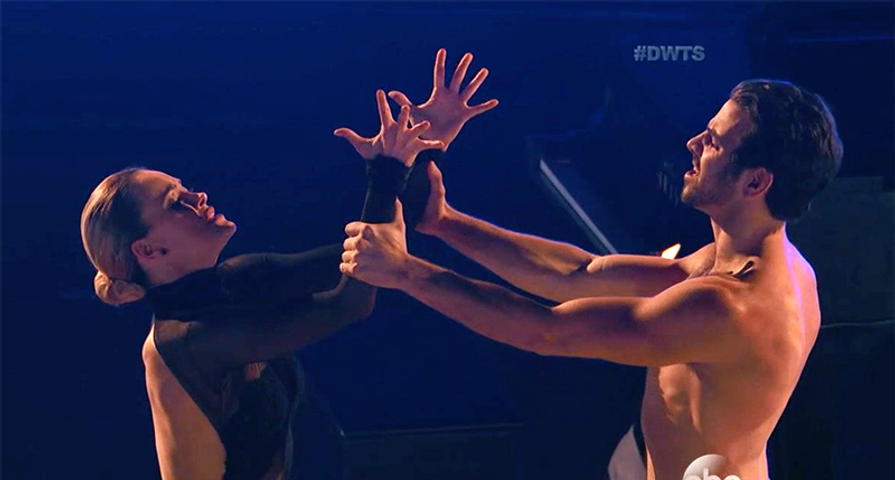 Last night’s episode of Dancing With The Stars delivered all the right moves. The last 3 contenders – meterologist Ginger Zee, UFC fighter Paige VanZant, and model Nyle DiMarco – put their best feet forward to showcase their talent before the Mirrorball Trophy on Tuesday. The first round gave each couple a chance to redeem themselves by redoing one of their weakest performances on the show. For their second dance, the couples performed a freestyle routine.

Despite suffering back and pelvis pain in rehearsals, Ginger Zee gave the first routine her best. The judges agreed that she and her partner, Val Chmerkovskiy, had a much better routine this time around. Although it wasn’t perfect like they hoped, the couple scored a decent 28/30. Their second dance, a routine inspired by legendary dancers Fred Astaire and Ginger Rogers, earned the couple a perfect score and moved Ginger to tears.

Nyle and her partner Peta Murgatroyd revisited their quickstep routine from earlier in the season in the hopes they could make some improvements. Unfortunately the new country western take on the dance didn’t quite measure up and resulted in a 27/30 score. Their second dance was drastically different and earned them praise from the judges. Nyle’s work with deaf people served as the inspiration for the routine. The dance was visually gorgeous, with Carrie Ann Inaba calling it “the best dance” she’d ever watched on the show. Not surprisingly, the couple received a perfect score from the judges.

Paige and Mark Ballas showed they were the ones to beat after they scored 29/30 for their redemption dance. The team performed a salsa number to redeem themselves from week 2’s disaster when Mark was unable to perform. Carrie Ann and Bruno were awed by the routine, but Len felt Paige needed more movement in the hips. They scored 29/30. Their final dance was an emotional reflection about Paige’s experiences of being bullied in high school. Mark was brought to tears, and Bruno hailed it as a “triumph.” The judges gave the couple a perfect score.

The season finale of Dancing With The Stars will air tonight on ABC.