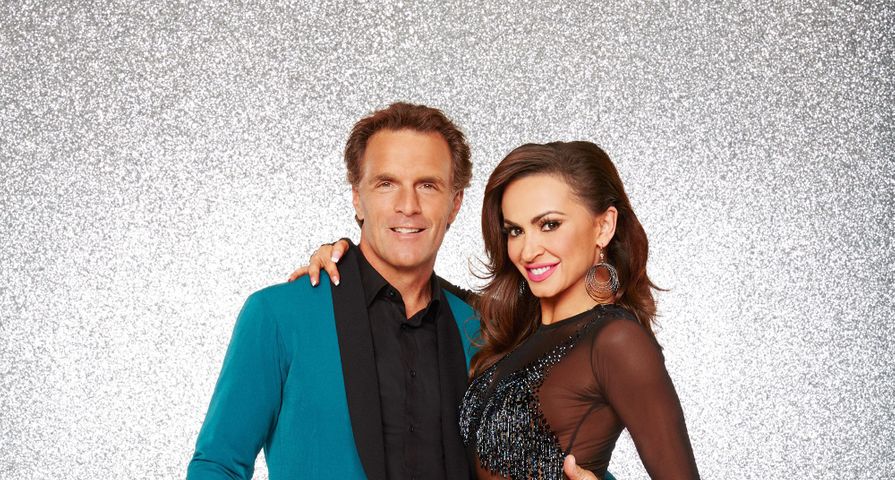 After last week’s phenomenal Switch Up night, the stars were back with their usual pro partners for Iconic Dances night on April 25, and despite it being Len Goodman’s birthday, he wasn’t any happier than usual.

So far this season there has been no doubt that the most talented dancer is America’s Next Top Model winner Nyle DiMarco, and while he has charmed both audiences and judges so far, his arrogance this week rubbed some the wrong way and took him off the top of the leaderboard. After Nyle claimed that his biggest competition in the show was actually pro Val Chermkovskiy, because he didn’t think the other stars were much of a threat, his dance was good, but his comments earned him harsher criticisms and Len even told him, “You’re a good dancer, but don’t start saying you’re as good as Val because you’ll just annoy people.”

With Nyle earning only 25 out of a possible 30 points, it was Wayna Morris who flew to the top with a jazz routine to NSync’s “Bye Bye Bye,” which was so good he earned two 10s and a nine resulting in a whopping 29 points. UFC fighter Paige VanZant turned in another stellar performance earning her and Mark Ballas 28 points while NFL star Antonio Brown also stepped up his game and got 27.

While many teams hovered in the 24-25 point mark, it was NFL great Doug Flutie who fell right to the bottom with his Bollywood dance to “Jai Ho” from Slumdog Millionaire with partner Karina Smirnoff. In the end it was Flutie who was sent him calling DWTS an “amazing experience.”