Home » Trending News » Dancing With The Stars Recap: First 10 Of The Season Handed Out

Dancing With The Stars Recap: First 10 Of The Season Handed Out 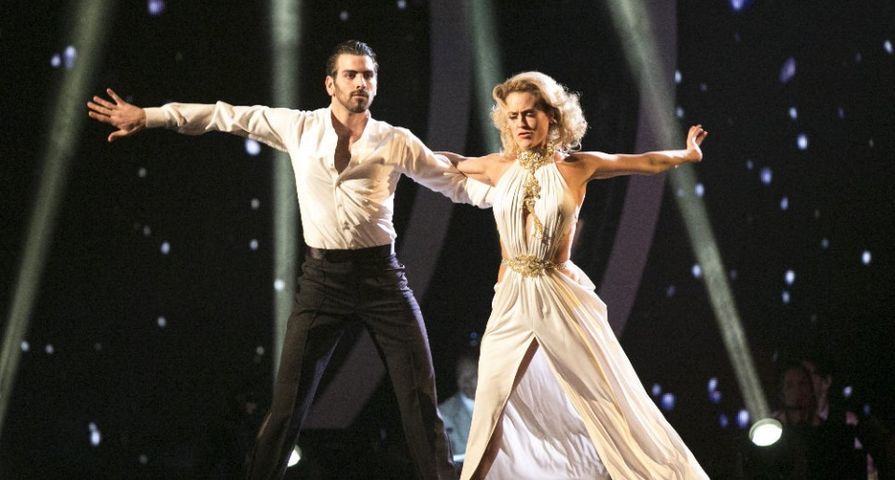 As the compeition slowly heats up on this season of Dancing With the Stars, last night’s episode got even more difficult with Switch-Up Night.

After working together and finding a groove with their pro partners, all the pairs were split up and reassigned, and as always some new couples did fantastic, and others floundered. As well as the first perfect 10 of the season coming from no one other than tough judge Len Goodman, former pro Maksim Chmerkovskiy who is of course Val’s brother and Peta’s fiance was on hand as a guest judge and he was hard to please.

Shouldn’t be a surprise that the star of the season so far, Nyle DiMarco received the first 10 after getting paired with Sharna Burgess and performing a spectacular Viennese Waltz. Goodman called the dance, “a total eclipse: It doesn’t turn up often, but when it does, it’s fantastic.” Carrie Ann gave them a nine whereas Len, Maks and Bruno all gave them tens; however, it was revealed the that Maks and Bruno had (allegedly) written nines, lowering the score to 37 from 39, but still giving Nyle the top of the leaderboard. Behind Nyle and Sharna, Fuller House star Jodie Sweetin and her new partner Val instantly bonded, landing them in second place with their “turbo-charged” paso doble.

While other stars like Kim Fields, Von Miller and Wayna Morris fell to the middle, it was Doug Flutie and Antonio Brown who impressed the least. There are no eliminations this week, however, as this week’s score will be combined with last week’s, resulting in an elimination next week.