Dancing With The Stars: Quarterfinals 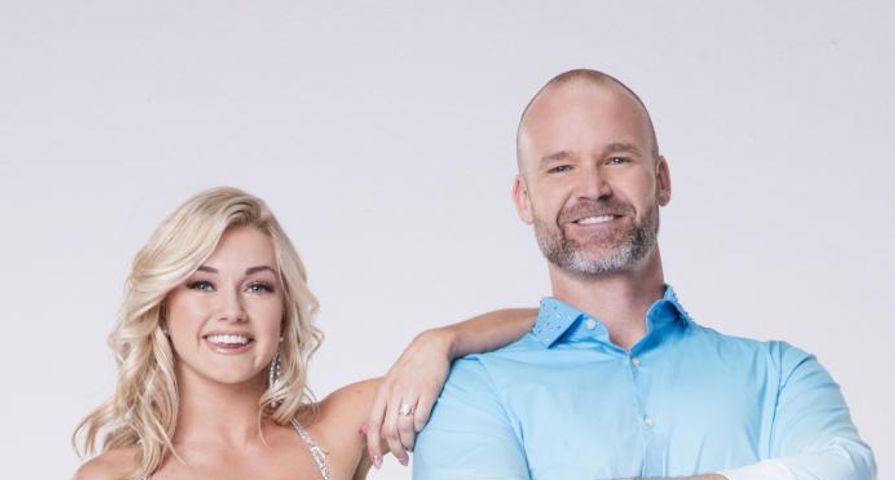 Dancing With The Stars 2019: Full Cast For Season 28 (With Pics)
http://www.ibtimes.com

We have made it to the 8th week quarterfinals! Tonight our semi finalists were revealed, and to be frank it got harsh! For the paired dances, the Dancing with the Stars pros chose songs that they thought best represented their celebrity partner. Each couple was then assigned a third dancer by the judges, and choreographed trio performances for extra points.

Rashad and Emma kicked off the night in a jive to “Shake A Tail Feather” by The Blues Brothers. Emma stated she chose this song as not only is Rashad a happy and upbeat person that he is also the ultimate team mate. It has been so sweet to watch these two develop such a close relationship, and the chemistry has proven to be effective on the dance floor. Both Len and Julianne agreed that the next step to bring the pair that much closer to the Mirrorball trophy would be further improvement on Rashad’s foot work. The couple scored 36/40.

Following Rashad was Normani and Val. You could not have known that Normani’s back was still healing from last week’s injury as she absolutely dominated the stage. The couple embodied Normani’s struggle with online cyber bullying to “Freedom”. It was an emotional performance that had judges on their feet applauding them. Julianne was clearly overwhelmed while explaining that what they did was not just dance, but that we all watched the creation of a piece of art. The pair earned their perfect score of 40/40.

Bonner and Sharna were up next with an Argentine tango to “Believer” by Imagine Dragons. The song was meant to represent the belief Bonner has instilled in the judges and audience members as he constantly pushes himself furhter. Tensions seemed to be running high between the two as the couple seems to have reached a plateau in their performance progress. Len was particularly harsh on the duo’s performance even insinuating that Bonner should have been eliminated much sooner but has only stayed due to viewer popularity. Although their performance was not at the same level as other contestants have been demonstrating, Len’s comments were unusually harsh, even shocking judge Carrie Ann. They were still awarded a 30 despite the tough commentary.

Sasha chose “What Makes You Beautiful” for Simone’s dance. Sasha wanted to capture and beautiful Simone is inside and out, even though she wasn’t a fan of the song. Although the foxtrot was fun and upbeat, the judges are still waiting for the moment the real Simone busts out during a performance. Although Simone mentioned a great point about how she has spent her life in the gym and that it can be difficult to express emotions she’s never had to feel, the judges seem to be wanting more from her. The couple scored 36/40.

David and Lindsay waltzed to “Humble and Kind” by Tim McGraw. Although the song choice and narrative they tried to explain was perfectly chosen, the performance overall was underwhelming. We have really seen David’s confidence on the dance floor improve which has definitely made his moves sharper and more controlled. The pair scored 36/40.

For the trio performances:

Normani, Val, and Alan Bersten jived to “Feeling Alive”. In a country twist and ode to Bonner the three dominated the stage and earned a near perfect 39/40. Rashad, Emma, and Witney Carson choreographed an Argentine tango to “Dreams” and scored a tantalizingly close to perfect score of 39/40. Simone, Sasha, and Brittany Cherry artfully danced a paso doble to “Don’t Let Me Down” to score a 36/40. Bonner, Sharna, and Britt Stewart had simultaneously a steamy and yet underwhelming jazz performance to “That’s What I Like” earning them a low 28/40. David and Lindsay seemed to have triggered Len’s rath with a paso doble to and insturmental version of “Gangsta’s Paradise”. Len stated hat he didn’t like the dance one bit, the couple scored a 29/40.

Following the trio performances and scores the semifinalists were revealed. Bonner Bolton and partner Sharna Burgess were sent home. Although in comparison to other contestants at this point in the season, Bonner’s talent seems to be underwhelming. However many have argued that Len’s comments tonight were uncalled for and borderline inappropriate. Stay tuned next week to find about what goes down in the semifinals!