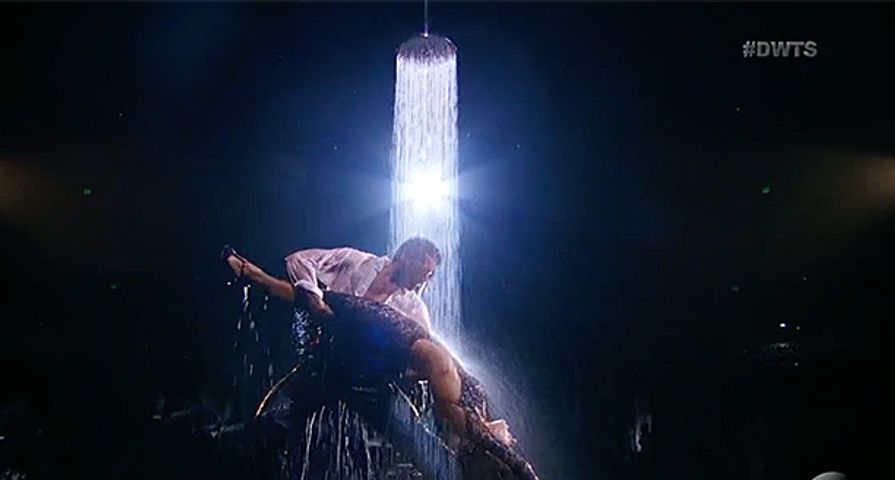 After a few weeks of some intense competition things are really starting to heat up on Dancing With the Stars, and nothing quite brings the heat like Latin night!

The Monday, October 17 episode saw a lot of sexy dances from the remaining nine couples, but as always, someone has to go home. A new frontrunner took over the top of the leaderboard as Jana Kramer and Gleb Savchenko’s Argentine Tango to Selena Gomez’s “Hands to Myself” had everything from a bed to a shower, and enough sexy chemistry to make jaws drop and impress the judges leaving them with a perfect score. Right behind them was James Hinchcliffe and Sharna Burgess whose rumba earned them a close, but not perfect score of 38.

At the bottom this week once again were Ryan Lochte and Cheryl Burke, and joining them was Terra Jole and Sasha Farber, but neither pair ended up in the bottom three. At risk of elimination were shockingly perfect score earners Jana and Gleb, as well as NFL star Calvin Johnson and his partner Lindsay Arnold, and Amber Rose and Maksim Chmerkovskiy who were seen having some difficulties in rehearsal.

Unfortunately it was indeed Amber and Maks who were sent home, cutting Maks’ return to the show short. After her elimination, Rose shared a sweet Instagram post dedicated to her partner, writing, “Although our time was cut short@maksimc I’m so happy I had the chance to experience this with you!” the 32-year-old model wrote alongside a photo of them striking a silly pose together. “You truly are my brother for life! Who knew we would become so close in such a short amount of time?  Thank you for not giving up on me and getting to know the real me with no judgment I’ll love you forever for that reason and I’ll always have ur back through whatever. I’ll miss our stressed out rehearsals more then anything tho  Love Amberony.”