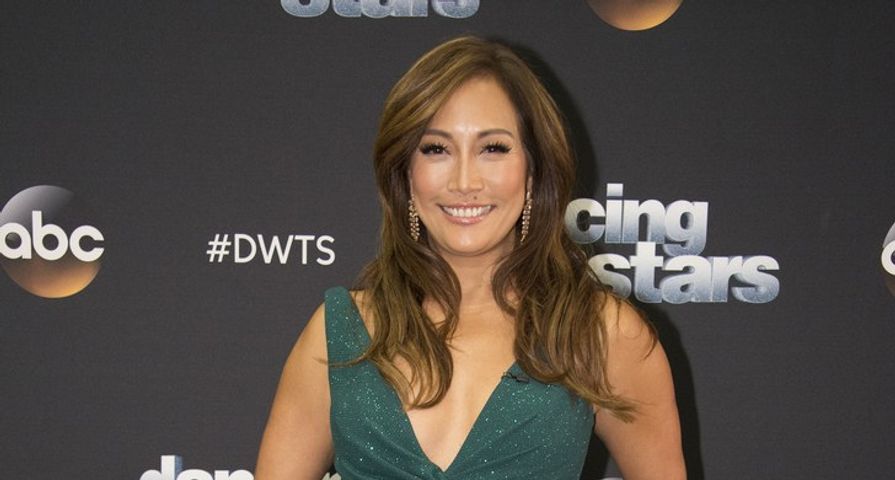 On Tuesday’s episode of The Talk, Carrie Ann Inaba – who cohosts the talk show when she’s not judging on Dancing With the Stars – confessed that it was painful to discover that Van Der Beek’s wife recently lost their baby, which Van Der Beek admitted on Monday’s Dancing With the Stars episode. However, Inaba and the judges still had to decide which couple to save from the bottom two.

Van Der Beek and Ally Brooke landed in the bottom two, and Inaba and her fellow judges Len Goodman and Bruno Tonioli felt that it was time for Van Der Beek to go home.

“As a human being, what he and his wife, Kimberly, suffered is heartbreaking, and I have so much sadness in my heart for them, and my prayers are with them,” said Inaba on the daytime talk show. “But you know, this is where it’s really hard. As a judge, I have to judge the dance. We get to know them, and they become family, and their pain is my pain… I have to judge what’s happening on the dance floor. I went home and I vomited.”

Her cohost, Marie Osmond, pointed out that some fans were questioning why Van Der Beek was on this week’s episode rather than being by his wife’s side during such a tragic time. “Can I just say that it just tells you what kind of a guy he is?” Osmond said. “He’s a follow-through person. He’s a finisher. We all go through heartbreaking things in life.… This is a huge competition, and I admire him. I think it shows his work ethic. Sometimes too, you have to remember, those endorphins help you cope. And so I think we shouldn’t judge him at all.”

Before Van Der Beek performed his second dance, he spoke to the cameras about him and his wife’s tragic loss. Earlier in the season, he opened up about how he and his wife were expecting their sixth child.

“We lost the baby,” Van Der Beek said on Monday. “The little soul that we had expected to welcome in to the family took a shortcut to whatever lies beyond. You never know why these things happen, that’s what I’ve been telling my kids. All you know it brings you closer together. It breaks you open, it opens up your heart… it makes you more human. I really didn’t think I’d be dancing tonight, but Kimberly from our hospital bed said to me, ‘I’m not done watching you dance.’ Kimberly, I love you. We are dancing to ‘Take Me to Church,’ which is all about human convention that’s so strong, it’s out of control, it’s scary, it rocks your soul.”