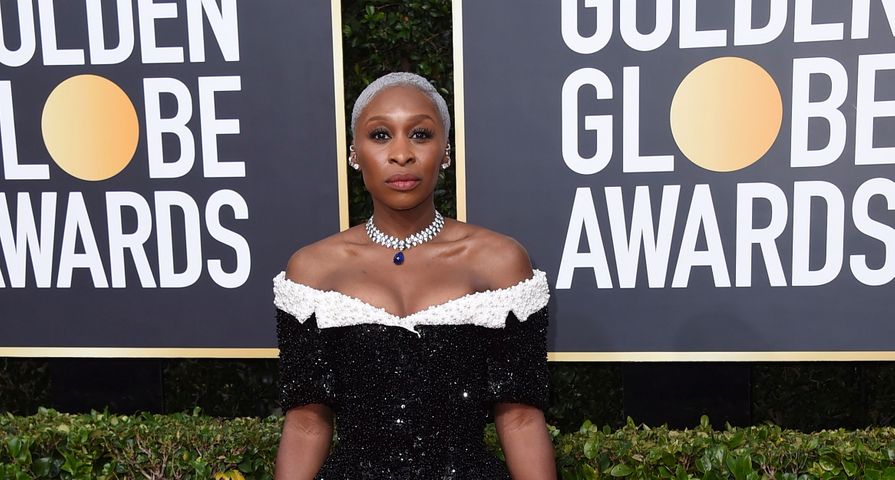 Cynthia Erivo’s first trip to the 2020 Golden Globes has her confused about why she didn’t choose to wear jeans to the award ceremony.

Erivo was nominated for Best Performance by an Actress in a Motion Picture – Drama for her portrayal as Harriet Tubman in the biopic Harriet. The actress showed up in a custom couture gown designed by Thom Browne.

“It’s all hand-beaded and embroidered. It took 800 hours,” she described her stunning black-and-white gown to E! News host Ryan Seacrest. “He asked me what one of my favorite things were, and the peony flower is. So he’s sown them on the hem of the skirt and on the inside, right here.” Erivo was also draped in rocks around her neck, most likely worth about $3 million; she told a shocked Secrest.

The actress admitted that she was getting “very casual” vibes from this year’s award season kick-off and had felt that she could’ve dressed down.

Although she felt that she could’ve worn jeans to the event, she went on to describe the 2020 Golden Globes as “a dream come true, really. It’s an emotional thing. You know, I got to New York to do a play. It was a musical. That’s what I was here to do, and to be here now is just—anything is possible is how it feels.”

Erivo was also nominated for Best Original Song in a Motion Picture alongside Joshuah Brian Campbell for “Stand Up.”