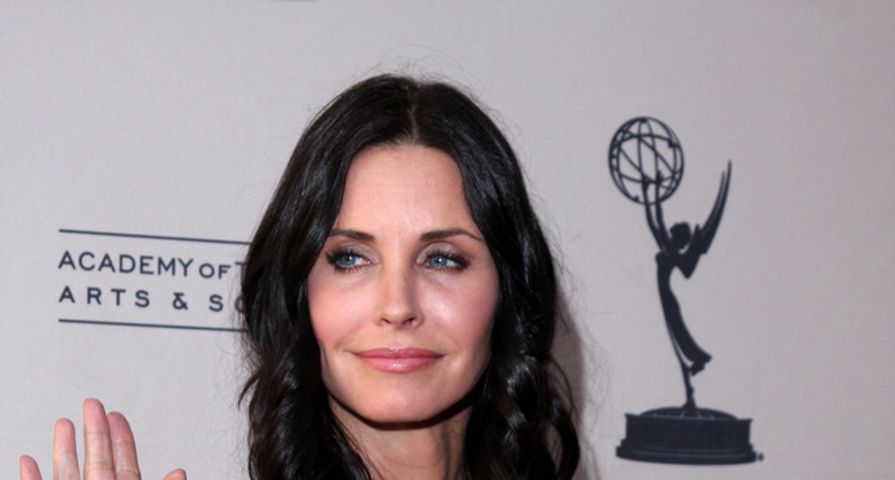 Friends was one of the most popular sitcoms of all time — so why doesn’t the cast get together for a movie?

Courteney Cox told David Letterman that it’s just not going to happen because it’s just too hard to get all six cast members in the same place at the same time. They’re all busy with their continuing acting careers: Courteney is on Cougar Town; Jennifer Aniston has an active movie career; Lisa Kudrow’s show The Comeback is getting a reboot on HBO; Matthew Perry is making an Odd Couple pilot for CBS; Matt Leblanc stars in Showtime’s Episodes; and David Schwimmer is a voice in the Madagascar series.

“Let me tell you something: there’s six friends and I’ve been trying to put together a cast dinner for 10 years. It doesn’t happen,” she explained. “I can get the girls to come, maybe Matthew Perry. Matt LeBlanc canceled last time right at the last minute, Schwimmer lives here (in New York City,) so it’s just not gonna happen.”

She was also skeptical of what a movie would even be about, since the entire show took place in Monica’s apartment. A movie would have to be more exciting and visual — and then would it really be staying true to the show?

It seems like the real problem behind a possible Friends movie would be the money. Check out the video to see the shocking amount of money that each cast member was paid per episode!

Also Check Out: Cast Of Friends – Then And Now!