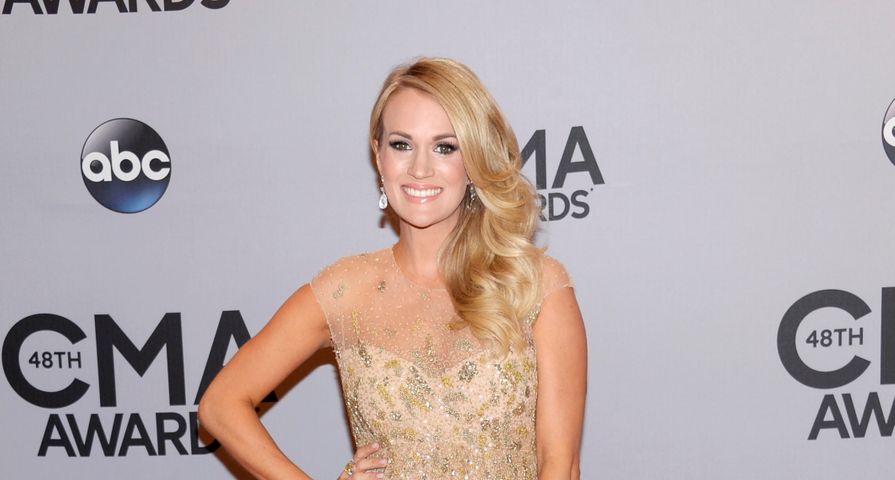 All of country’s biggest stars came together along with some special guests such as Aerosmith’s Steven Tyler, Pretty Little Liars actress Lucy Hale and pop sensation Ariana Grande even took the stage for a country-pop mash up with Little Big Town.

Prior to the event known as “Country’s Biggest Night”, the red carpet donned all the stars decked out in their country fashion best.

A pregnant Carrie Underwood who hosted the event alongside Brad Paisley for the seventh year in a row, arrived showing off her glamorous maternity style with a glittery gold dress.

Her fashion throughout the night never failed to disappoint as she did numerous wardrobe changes for hosting and performing her own hit songs.

Miranda stole the spotlight however with her plunging pink dress complete with sparkling silver jewellery.

Not to mention she stole the show by winning both Single of the Year for her hit song “Automatic”, as well as Album of the Year with “Platinum” and rounded it out by being crowned Female Vocalist of the Year.

One look that’s not getting high reviews is from Kacey Musgraves, who may have won Song of the Year for “Follow Your Arrow”, but her arrow did not point her in the right style direction.

Her extemely high bouffant matched with a bedazzled ultra conservative dress has been buzzed about, but not nearly as much as her choice to go commando while performing in a much shorter outfit later in the night.

While Lady Antebellum front woman, Hillary Scott showed off her killer curves in a tight black number. Unfortunately Lady A lost out for the Vocal Group of the Year to Little Big Town.

Some other big winners of the night included:

Musician of the Year- Mac McAnally