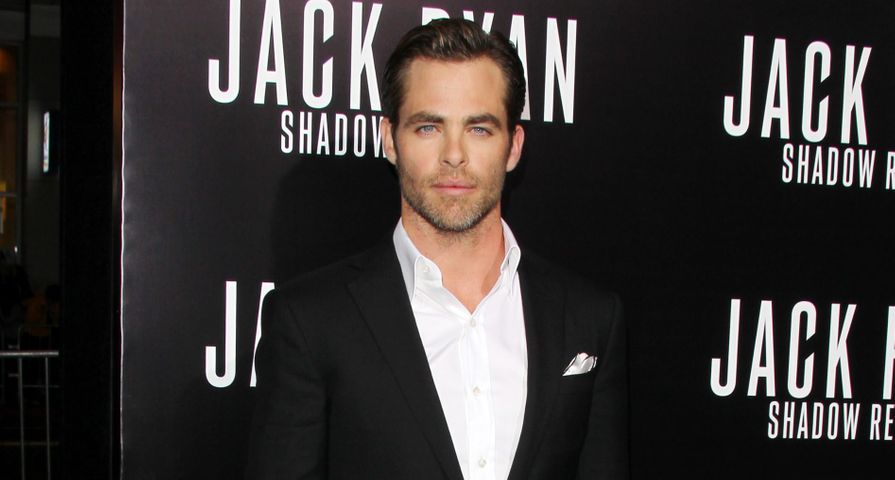 James Corden is already on a role as The Late Late Show host. After snagging Mila Kunis and Tom Hanks as his first ever guests, and possibly getting Kunis to address her alleged marriage to Ashton Kutcher, he landed two more big names for Tuesday (March 24) night’s show.

Corden’s Into the Woods co-star Chris Pine and Oscar winner Patricia Arquette stopped by the show and they all got talking about the night at the Academy Awards in February.

Although Arquette won an award, Pine also got a lot of attention after an image of him shedding a single tear during John Legend and Common’s performance went viral.

“What’s annoying is when I cry… I mean, I don’t look great in the best of times. But when I cry I look disgusting. Look at this! Have you ever seen anyone look so handsome whilst they’re crying?” Corden stated while holding up the image. “Did you get any stink for this, or was it OK,” he asked the Star Trek actor.

Pine revealed that he actually did receive a lot of backlash for it, “Yeah, I got a lot of…it was a wonderful performance and it was really moving. A lot of people gave me a lot of crap for it,” he admitted.

While Arquette couldn’t believe he would get that type of reaction, Pine joked he doesn’t think he’ll be able to do it ever again. “I would say, as an actor, the only time in my life that I think I’ll ever be able to produce a single tear down my cheek – at the Academy Awards,” he said.

Check out Pine’s interview below!