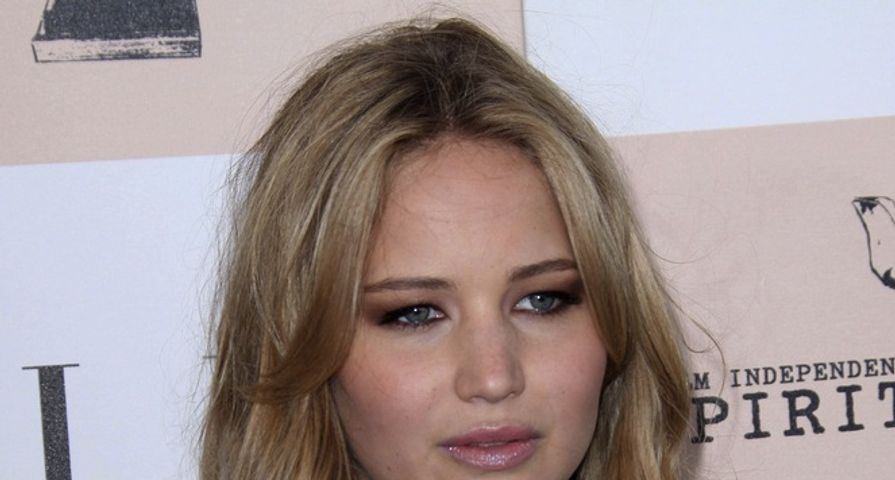 Did you know that Chris Martin and Jennifer Lawrence were a thing? Of course you did. You know all of that stuff. Which is why he blew her a kiss from the stage at a recent Coldplay concert.

Apparently, Chris Martin likes his women blonde, and 5’9″. The similarities between Jennifer Lawrence and Gwyneth Paltrow are spot on. In fact, if you go back and find some photos of Gwyneth at 24 (back when she was engaged to Brad Pitt), you’ll notice the striking similarities. Believe it or not, Gwyneth was beloved, just as Jennifer Lawrence is now. The recent outpouring of faux-hate for Gwyneth is really odd. Like… really odd.

Seriously people, get a grip on the Gwyneth hate. Her opinions aren’t nearly as offensive as the others you don’t read. Moving along.

Chris is 37, Jennifer is 24. When you’re a celebrity, it’s no big deal. If Chris were say… a college professor, and Jennifer were a graduate student at the same university, there’d likely be some raised eyebrows. But they’re not. So, we’ll say play on.

Jennifer was able to meet Chris after Coldplay recorded a song for the second Hunger Games film, and she has attended several shows since. Now, she rolls in the VIP section with friends, and other friends of the band, and Chris Martin drops references of her attendance, and blows kisses during the Coldplay set.

Who’s this guy kidding? He’s never gonna be over Gwyneth.

Check out the video for some pics from the show, and more details on this blossoming romance.