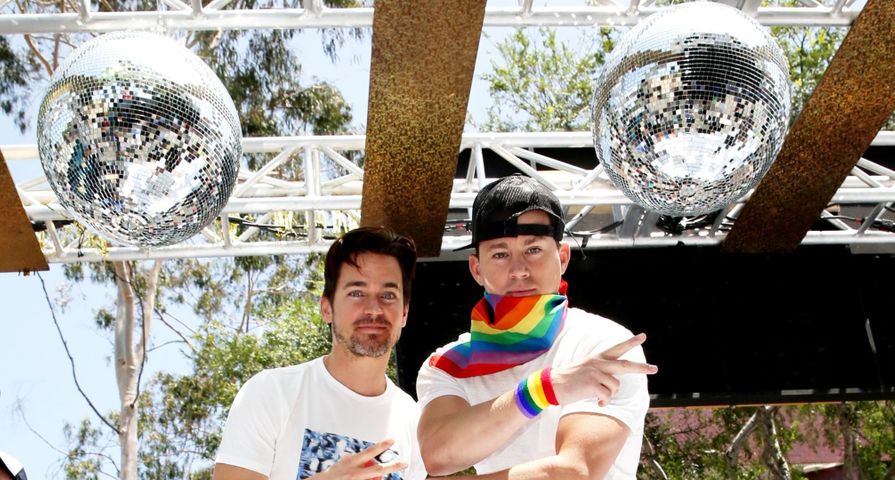 Some of the stars of Magic Mike and the upcoming sequel Magic Mike XXL decided to bring a bit more magic to the L.A. Gay Pride Parade on Sunday, June 14.

Channing Tatum, Adam Rodriguez and Matt Bomer as well as several other impressive male dancers all danced and twerked their way through the parade with their own Magic Mike XXL float

The stars and their moves were caught in several photos and videos posted on Instagram while Tatum, 35, pulled out some of his best skills wearing a black cap, cargo shirts, a white t-shirt and a Pride bandana dancing to a song from the original film as well as to Ginuwine’s 1996 track “Pony.”

Meanwhile, Bomer who is openly gay and married to publicist Simon Hall was a bit more reserved, dancing along while sitting on a black box in the float.

Tatum took to his Twitter to celebrate the day, posing with the group along with the caption, “I’M ON A FLOAT! Celebrated #LAPRIDE45 today with the #MagicMikeXXL crew.”

The sequel to 2012’s film is highly anticipated after Magic Mike was a surprising major success and has many of the original stars returning while this time around the handsome actor is also taking on the roles of screenwriter and producer. “It’s an odyssey, we like to call it,” he said of the film. “It’s like The Iliad. It’s a stripper odyssey.”