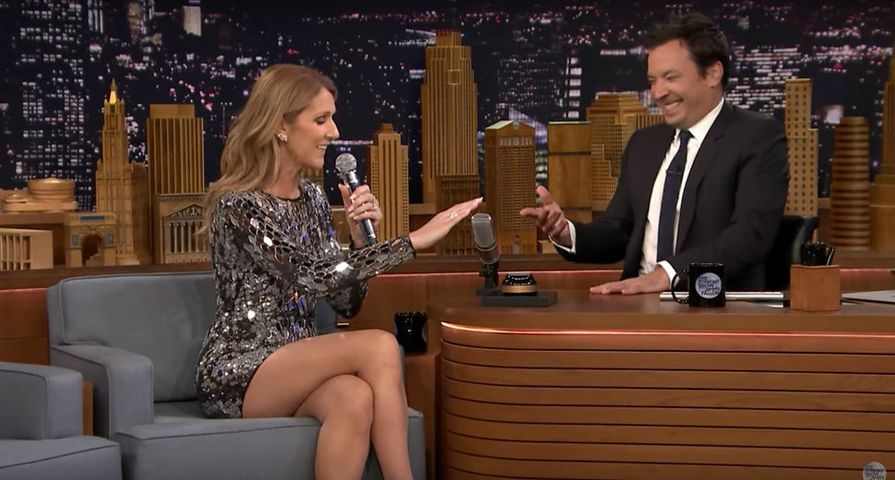 When it comes to musical impressions, Céline Dion has just given Jimmy Fallon’s other guests some stiff competition!

On Thursday’s show, Céline joined the host for a game of “Wheel of Musical Impressions,” which randomly assigns well known songs with some of the biggest artists in the music industry. Initially reluctant to play, Celine came out of her shell to do some of the best impressions we’ve seen on the show!

The 48-year-old singer did a spot-on impression of Cher singing “Frére Jacques,” and added in a little of “Believe” to show just how well she could imitate the singer.

“I don’t know how I’m going to top any of that but here we go,” Jimmy laughed before launching into an impression of Michael Jackson singing “One Dance.” Céline even added in some backup vocals to help Jimmy out.

The Las Vegas singer also did a surprising cover of Rihanna singing “Row, Row, Row Your Boat” along with some dance moves that prompted Jimmy to exclaim, “Kids are watching!”

But Céline saved her best for last as she impersonated Sia singing “Hush, Little Baby,” and even attempted to mimic Sia’s signature covering of her face.

You can watch the full video of Céline’s amazing impersonations in the video below!