Cameron Diaz Confesses Why She Has Stayed Out Of The Spotlight 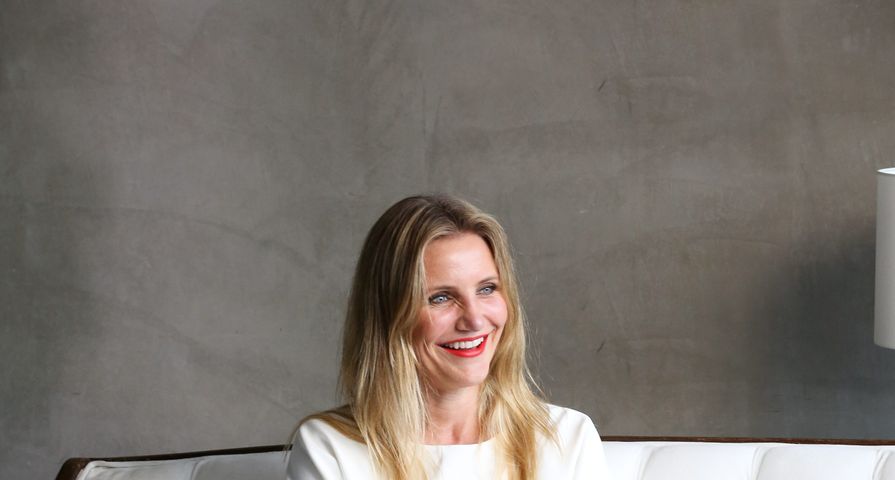 After a three year break from the spotlight, Cameron Diaz has decided to open up and explain her absence.

The actress spoke up at Goop’s Wellness Summit on Saturday June 10 about why she’s remained relatively separate from the Hollywood scene and a lot of her reasoning regarded her new marriage to Benji Madden. Diaz admitted that she went on some much needed soul searching during her break. “I just went, ‘I can’t really say who I am to myself,’ which is a hard thing to face up to,” she admitted. “I just felt the need to make myself whole.”

The star also gushed about her relationship with her husband whom she tied the knot with in January 2015. Diaz has had a variety of relationships in the spotlight before this from Justin Timberlake to Jared Leto and Alex Rodriguez, but it was really her relationship with the Good Charlotte rocker that helped her find herself and the star shared how well the two complement each other. “I had boyfriends before. And there’s a really, really distinct difference between husbands and boyfriends. And I have a husband who is just my partner in life and in everything. Talk about two very different people! We are so different from one another, but we share the same values — we’re totally two peas in a pod.”

She revealed more details of their relationship by stating, “We are both just weird enough for each other. We women are objectified so much. Somehow my husband has just been able to kind of show me what it’s like not to have that be a part of a relationship, and being an equal. I never experienced that before. I’d never been loved in that way. I look at him every day and he inspires me — he works so hard. I feel so lucky.”

Diaz seems happier than ever and her absence since starring in Annie in 2014 seems to have given her much needed clarity and satisfaction with her life, here’s to hoping she hits the big screen again soon!