Bruce Springsteen And Chris Martin Fill In For U2’s Bono 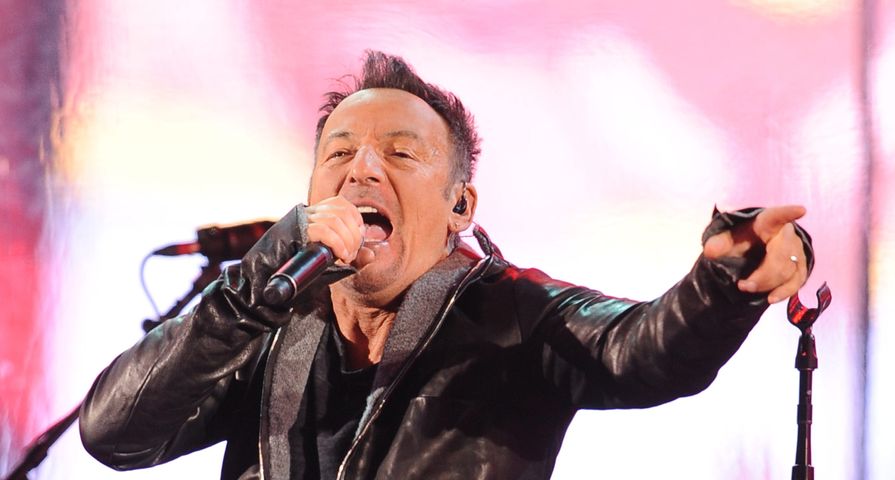 On Monday December 1, powerful icons and celebrities all came together to raise awareness and show support on World AIDS Day.

Britain’s Prince Harry promoted the campaign #FeelNoShame by urging stars to share secrets while he revealed he is a very nervous public speaker.

Meanwhile, in the center of New York City at Times Square huge names appeared to perform and speak for a free show that included Bill Clinton, Carrie Underwood, Kanye West, U2, Chris Martin and Bruce Springsteen.

Although U2’s The Edge, Adam Clayton and Larry Mullen Jr. were present, there was no sign of frontman Bono who is still recovering from intensive surgery after a cycling accident; however, as the saying goes, “the show must go on” and so it did.

In a huge surprise to the crowd, Coldplay’s Chris Martin and legendary rocker Bruce Springsteen stepped in as lead singers for the U2 performance.

Calling themselves “U2 Minus 1”, U2 took the stage first with Martin who donned a shirt reading “Substitute,” and performed several hit songs including, “Beautiful Day” and “With or Without You.”

When the band began playing their massive hit “Where the Streets Have No Name” none other than Bruce Springsteen complete with Bono-like leather jacket grabbed a mic and belted out the tune to a hysterical crowd. He went on to also sing “I Still Haven’t Found What I’m Looking For” with the band.

The Edge then stayed on stage to perform alongside Carrie Underwood and her band as she sang “Change.”

Kanye West then took over and combined several hit songs in an eight minute period, ending off an incredibly entertaining show for the crowd that gathered.

Watch Springsteen and U2’s performance below!