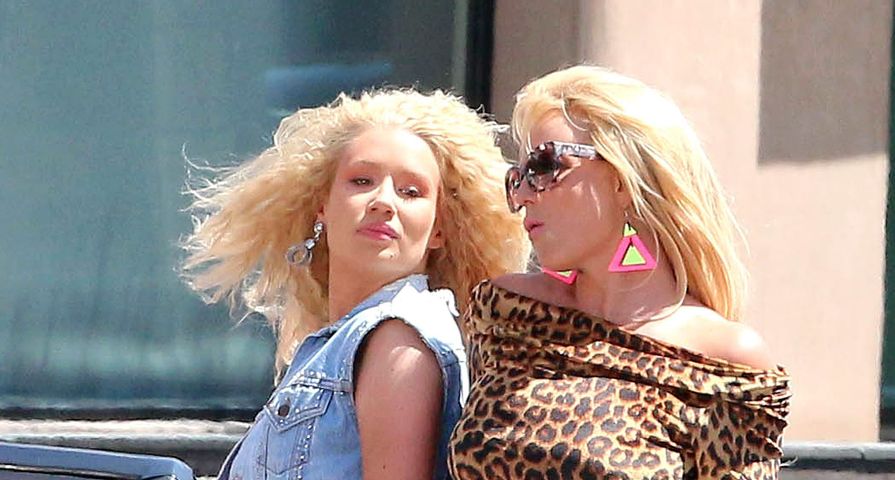 Iggy Azalea, 24, has taken the music industry by storm all by herself with some massive hits, but like any good business person she knows it never hurts to turn to some longtime pros to catapult her stardom.

After finding success teaming up with Jennifer Lopez for the catchy track “Booty,” the rapper turned to one of the biggest pop princesses around, Britney Spears and the pair have officially released the video for their new track “Pretty Girls.”

While the title of the track is obviously about the gorgeous duo, everyone cannot get over just how great 33-year old, mom of two Spears looks as she shows off her rock hard abs in a leopard print crop top.

The video is fun and ridiculous as Azalea plays a martian who crash lands in Spears’ pool who then gives Azalea a makeover in the best of 80s fashion and takes her touring in her jeep and of course clubbing. ”

The best part about it was just us coming together with the clothes and doing the ’80s haircuts. We were all about being characters, so it was kind of funny for us. We weren’t taking ourselves so seriously,” Spears stated of the wacky video.